Yami Gautam finds inspiration in Sridevi for her character in 'Bala'

Mumbai: Yami Gautam is being hailed as a breakthrough performance for her role in Bala. Having been part of some massive blockbusters in the past including the 2019 super-hit film, Uri the actress has had a great year at the movies. While Bala was highly anticipated, the audiences were blown away by a brand new avatar of Yami excelling the role of Pari Mishra, a small town TikTok star turned model from Lucknow.

The actress has previously too mentioned that when she was offered the role she took to finding inspiration from some of the most iconic comedic actresses of earlier eras, especially the Late Sridevi. 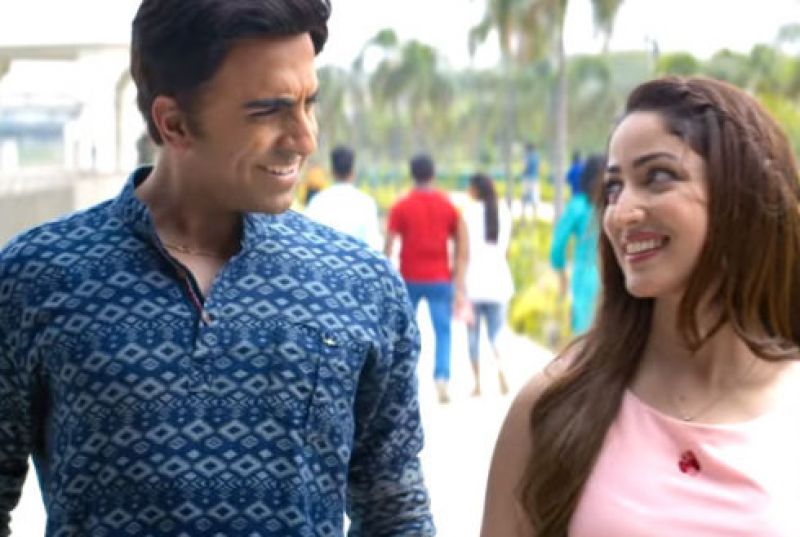 Yami Gautam and Ayushmann Khurrana in the still from 'Bala'.

With her role being touted and hailed as a massively incredible performance, compliments have come in galore for the actresses from audiences and members of the industry and peers. She reveals that it was in fact Janhvi’s compliment which really made her truly sentimental.

She reveals, “When I started filming Bala, it was actually the part of Sri ma’am across her iconic roles. You don’t see many parts for women in comedy nowadays. But it was her and many actresses then who truly were an inspiration for me. Sridevi ma’am was a legend in such roles, she had the knack of doing a film like Chaalbaaz and also do a Sadma. Her comedic presence was truly a delight. So it was actually when Janhvi messaged me, it had a great sentimental value for me”.

Meanwhile, 'Bala' has crossed half century at the box-office on day 4 since its release and now inching towards the glorious mark of Rs 100 crores. The Amar Kaushik directorial also stars Ayushmann Khurrana and Bhumi Pednekar.