Big B, Aishwarya, Abhishek, Aaradhya look the perfect baarati at a family wedding

Some of the pictures shared by Amitabh Bachchan with family on Twitter and his blog.

Mumbai: Amitabh Bachchan’s Twitter profile is arguably the most colourful among all Bollywood celebrities.

Be it sharing throwback pictures and unknown facts about his films to updates about most events he attends, the megastar is very much an ‘open book’ on social media.

The actor has been on a spree of sharing some beautiful moments with his family members of late.

After candid clicks with wife, veteran actress Jaya Bachchan from an ad shoot, he later shared pics of his kids Abhishek and Shweta, calling them his 'everything.'

Big B has now shared pictures of daughter-in-law, actress Aishwarya Rai Bachchan and granddaughter Aaradhya as they attended a wedding ceremony in Mumbai.

From Abhishek and Big B donning turbans to Aishwarya and Aaradhya's ethnic attires, the family couldn't look any more beautiful.

He threw light on how weddings give the platform for so many people to come together.

On his blog, he wrote, “Marriages are such a wonderful event in the family .. the rituals the festive occasion the relatives not seen in ages the happiness and smiles of all the songs of old and of tradition the feats and laughter the teasings and game plays with the bride and the groom .. endless ..

"And then suddenly it all comes to an end ..

"The festivities start days before and each moment is filled with the joys and laughter of all .. the welcome atmosphere .. the music and the dance .. the chatter and the fun ., the special eats and the traditional rituals .. each member of the elders having their say in how the ceremony needs to be conducted .. and the special clothes of tradition to be worn on each occasion .. and at the end of it all .. tired and sore throats and great togetherness ..

The Father of the bride gives away his daughter to her new home .. the joy of giving .. the blessing of those that receive her .. and the additions to the family .. welcomed with tradition folk songs and gaiety .." (sic)

He also shared some more pictures of his animated self, of Abhishek during the ‘baraat’ ceremony, or while posing for selfies with his kids. 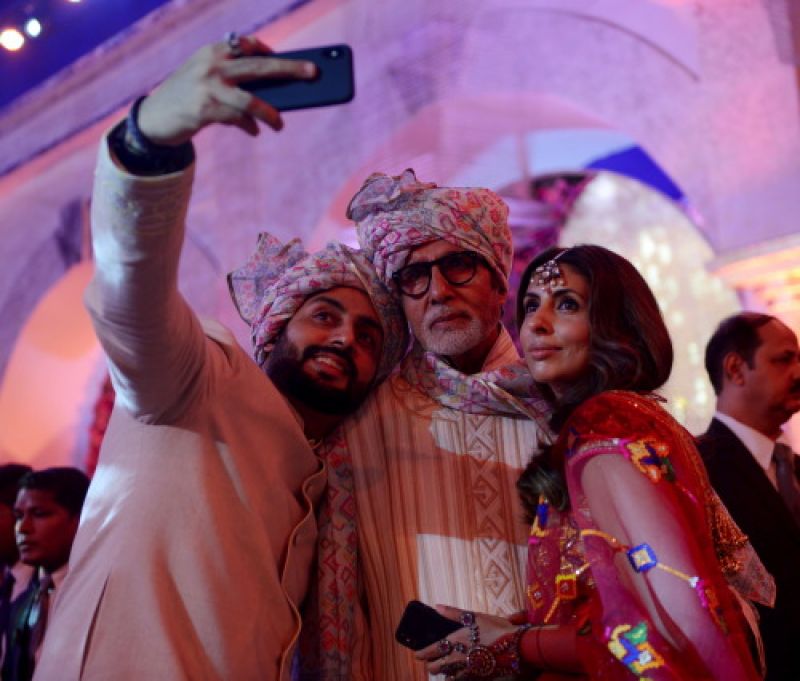 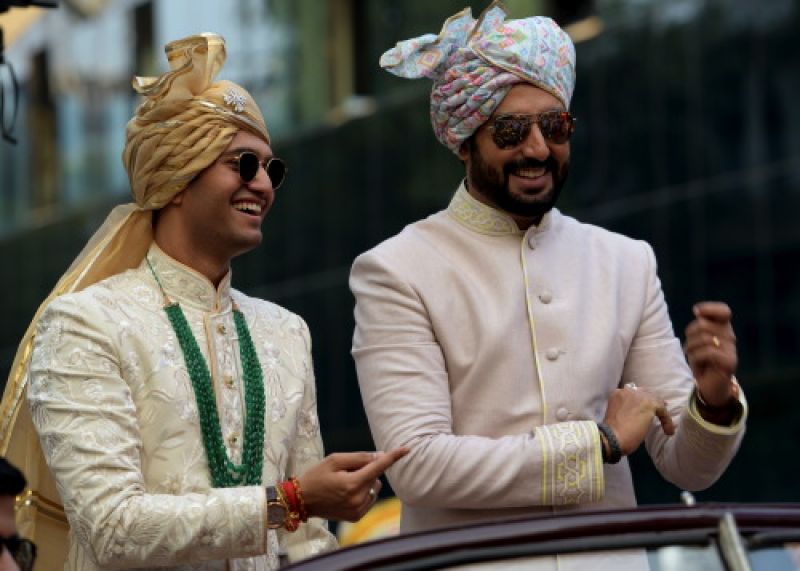 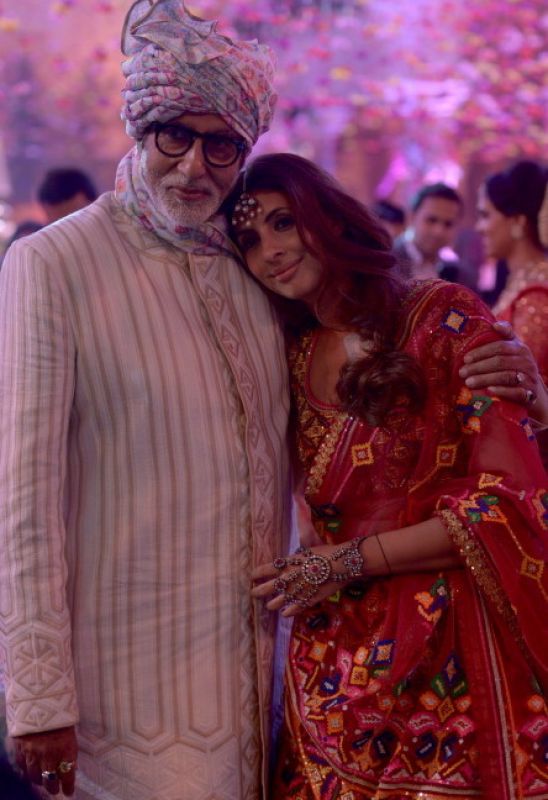 Jaya was, however, not seen in any of the pictures.

On the professional front, Big B will next be seen in ‘102 Not Out’ and will be a part of ‘Thugs of Hindostan’ and ‘Brahmastra’ in the next two years.

■It's Salman Khan Vs Aishwarya Rai Bachchan on Eid 2018
■Watch: Abhishek angry at photographer for clicking inappropriate pics of Aishwarya
■This is why Aishwarya Rai Bachchan is more happy about Fanney Khan
■Shah Rukh Khan also to be a part of Aamir-Big B's Thugs of Hindostan?
■Why we never see pictures of Aaradhya, Taimur with their grannies Jaya, Sharmila