After the hugely popular title track of Ae Dil Hai Mushkil and then Bulleya, when the makers released Channa Mereya, the third song from the film, it grabbed everyone’s attention with the shimmery bridal outfit that Anushka Sharma wears. The song, sung by Arijit Singh, is a wedding sequence featuring Ranbir Kapoor, who seems to almost embody unrequited love, as a flustered Anushka looks on.

While everyone is praising Anushka for how beautiful she looks in the song, there is someone who is miffed with the actress. A close source reveals, “Designer Manish Malhotra, who designed the 17-kilo lehenga for Anushka Sharma in the film, is upset with her since the actress has not acknowledged the effort the designer put in, either in her interviews or even to her industry friends.”

Manish even showed his resentment on his social media account and wrote, “And thanks for not even tagging me or mentioning my name considering the passion, love and hard work we put in the outfit (sic).” He had written it as a reply on Anushka’s post “Wearing a 17kg lehenga was indeed Mushkil”, where she talks about how difficult it was to carry it off. 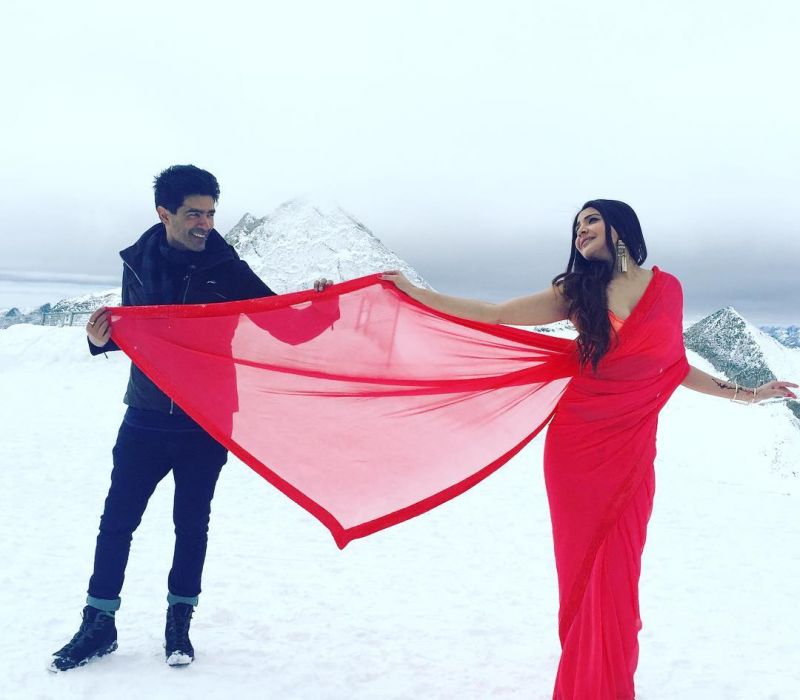 Anushka later tweeted above photo with Manish. She wrote, “All the most beautiful looks of mine in #aedilhaimushkil courtesy the one & only. Most amazing @manishmalhotra05.”