“I am a Naani (maternal grandmother) all over again,” beams ‘Dream Girl’ Hema Malini, hours after her older daughter Esha Deol gave birth to her second daughter.

The ‘Dream Girl’ description has Hemaji in splits. “Thoda zyada lagta hai (it’s too much) at my age to be called that. But yes, I’ve had a dream life. I did everything I wanted to without fear or inhibition. And today, I am a happy grandmother three times over. I couldn’t have asked for more,” the actress says, smiling.

Reliving her controversial marriage with Dharmendra, Hemaji says, “I think it worked because we did it for love, and only love. There was only the mutual feeling. We didn’t consider anything else. If we thought of the consequences, we would probably never have gotten married. I never went into the marriage with expectations or pre-conditions, only for love. 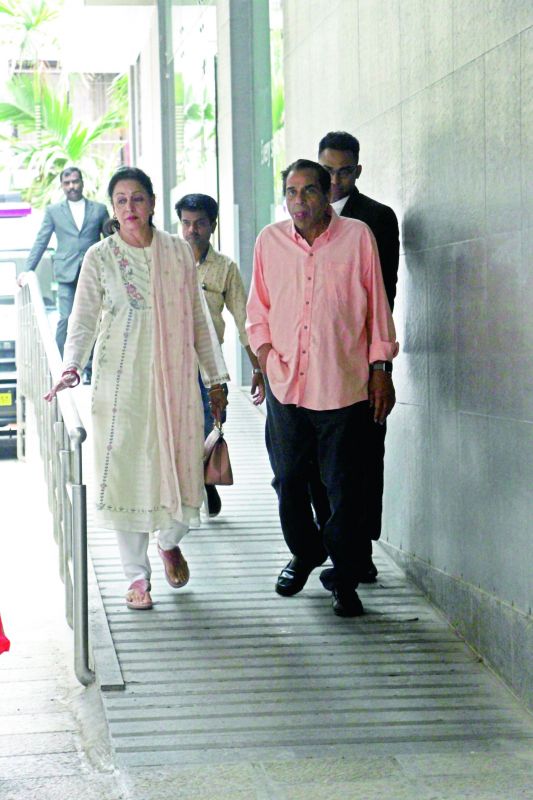 Luckily for us, Dharamji’s family showed tremendous dignity. They must be commended for that.” Right now it’s all about being a grandmother all over again, she says.

“I am blessed to have three lovely grandchildren. Esha already had an adorable daughter and now she has another adorable daughter. The two little sisters look so beautiful with each other. And then there is my younger daughter Ahana’s son. He is my Lord Krishna. So playful!”

Hemaji wants to spend as much time with her grandchildren as possible. “I had taken time off from my commitment in my constituency (Mathura) to be with Esha for her delivery. Now I will return to Mathura because there is so much work pending. My second term in Mathura is going to be busier than the first term. I’ve made many promises to the people of Mathura, and I intend to fulfil them in the next five  years.”