Mumbai: Punjabi superstar Diljit Dosanjh bowled the audience with his phenomenal acting chops in Bollywood films like ‘Udta Punjab,’ ‘Phillauri’ and many others amidst judging a singing reality show on a leading channel.

Barely do we see an actor of such potential calibre attaining such name and fame within a short span in the difficult world of Bollywood.

However, Diljit is a popular actor-singer superstar of Punjab. He is touted as the Akshay Kumar of Punjab.

Termed as an introvert and shy guy, Diljit made a shocking revelation about himself, which is drastically opposite than the image we generally get to see.

He is highly obsessed with supermodel and television personality Kylie Jenner.

He posts hilarious comments on Kylie’s live posts and feeds on the social media in Punjabi, and considers language as the barrier behind the supermodel not acknowledging Diljit’s comments.

“I love her very much. Now, more than loving her, what makes me happy is how much people are interested in my comments. I never leave any chance to comment. But she hasn’t replied yet, maybe soon. Also, I comment in Punjabi, so that she doesn’t reply. My people should have fun that’s it,” quipped the actor to PTI.

Here are some of the hilarious tweets and comments made by Diljit on Kylie’s posts: 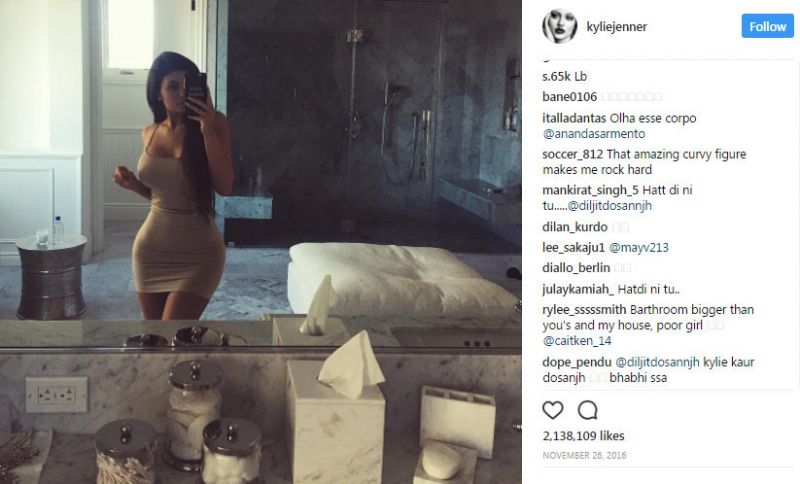 The actor, on the above post, had commented in Punjabi, " Hatdi ni Tu..." which means (You won't resist).