Jaya Bhaduri was a superstar when in 1973 she gave it up — for marriage and babies. However, Sharmila Tagore chose to continue with her career after marriage and motherhood. “It is a piece of cake. In fact, I entered one of the most productive phase of my career after marriage. I was shooting for Aradhana when I was pregnant with Saif and by the time I did Amar Prem with Rajesh Khanna, Saif was born and would accompany me to the sets,” says Sharmila.

Sharmila’s daughter-in-law Kareena Kapoor Khan seems to have chosen to walk her gorgeous sasu maa’s path. No, you won’t see her son Taimur toddling on the sets. But while Taimur is looked after  by her very capable nanny, Kareena will be seen promoting her upcoming movie Veere Di Wedding. Kareena says that the workload has definitely decreased for her son’s sake, but she will continue to work in maybe one film per year. 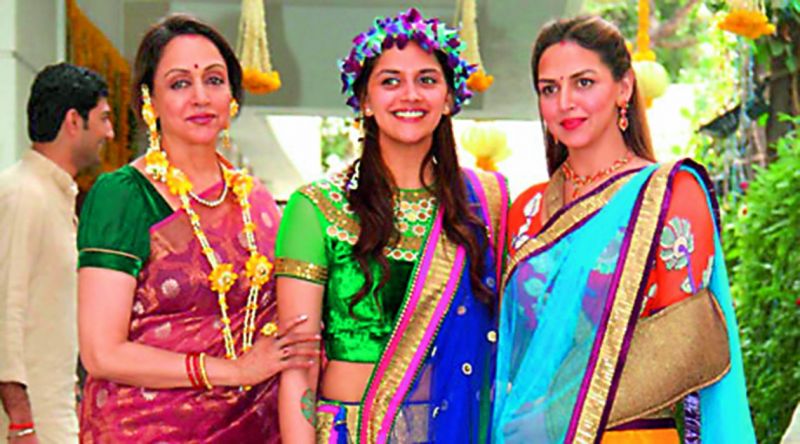 However Kareena’s sister-in-law Soha Ali Khan has a different maternity plan. She intends to take time completely  off to look after her newly-born daughter Inaaya.

“Different women, different mothers, different plans and targets,” says Vani Tripathi Tikoo, actress and active BJP member and spokesperson of the BJP who has zipped off to the Cannes Film Festival only weeks after her first baby, Akshara was born.

Apparently the Minister Of External Affairs Sushma Swaraj, herself a working mother who has struck a fine balance between  the kitchen and the Parliament, was very upset when she got to know that Vani was leaving her baby behind to attend the Cannes festival. “How could you ask her (Vani Tripathi) to leave her baby until the 40-day gestation period is over?” Ms Swaraj is said to have asked the I&B minister Smriti Irani, who herself has never neglected her duties as a mother in spite of being so immersed in her political career. 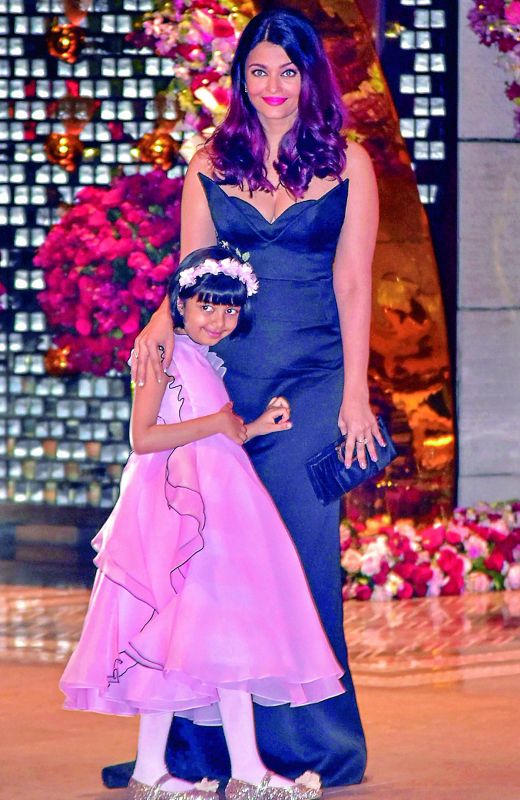 “It is tough to leave her behind, but I’ve my in-laws and my mother to look after Akshara while I am here at Cannes. But it’s a bit hard to focus on work here while my baby is back home. My entire clock and routine are now  determined by my daughter’s sleeping/waking hours,” says Vani.

Hema Malini who brought up two daughters while working as a top actress says it wasn’t hard to balance her career with motherhood. “It’s like any other profession. Don’t we have women in every walk of life balancing their jobs with family duties? I never found it difficult to bring up my two daughters Esha and Ahana while I continued to work in films. While I never had them accompany me to the sets, they were well looked at home.”

Jaya Bachchan who took a complete break from acting for motherhood says it was a personal choice. “There was never any persuasion from any quarters. I decided to quit, and never regretted my decision.” And now, many years later, she leads an active life — an actress, an MP and the ever doting mom who’s always there for her children.

Jaya’s daughter-in-law Aishwarya, however, followed a different career trajectory. She took a break from acting while her daughter Aaradhya was an infant. But once Aaradhya started going to playschool Aishwarya returned to acting. “But my priorities are very clear to anyone who signs me. Aaradhya comes first. Everything else is secondary,” says Aishwarya. Here’s saluting these super-moms whom we all admire for their heroics on screen. However, there is a lot to be admired in their real-life roles as mothers too.

More people to be allowed into film theatres