Celebs get trolled after the big fat Ambani wedding

Google CEO Sundar Pichai was trolled by netizens for dressing OTT for the event.

Mumbai: The wedding of the eldest son of Mukesh Ambani was rightly dubbed as the “big fat Indian wedding.” From winter wonderland themed-decor to a Harry Potter-themed party, to a performance by Maroon 5, Akash Ambani and Shloka Mehta’s wedding had it all.

But while most of us can’t get over the stellar guest list, the netizens can’t stop talking about what the guests wore at the gala event. 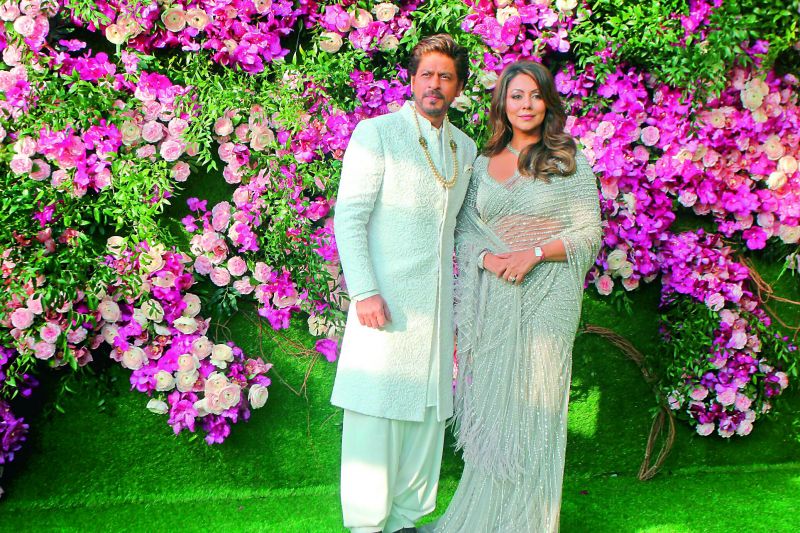 One celebrity whose look was trolled the most was actor Jackie Shroff. Dressed in white kurta and dhoti, with multi-coloured bandhani dupatta, netizens felt that the senior Shroff was out for a Holi party. “Jaggu dada ko koi ‘holi khelenge’ bolkar ambani ki shaadi mein le aaya (sic),” tweeted an user.

Google CEO Sundar Pichai, who was present at the wedding with his wife Anjali, was also made fun of by the netizens for dressing over-the-top for the event. Joking about Sundar’s shiny sherwani, Chitra Narayanan, tweeted, “Oh dear! Even HE has fallen into the Bollywood Bling trap. #AmbaniWedding (sic).” However, what took the cake was twitteratis reaction to Sundar’s presence at the wedding. 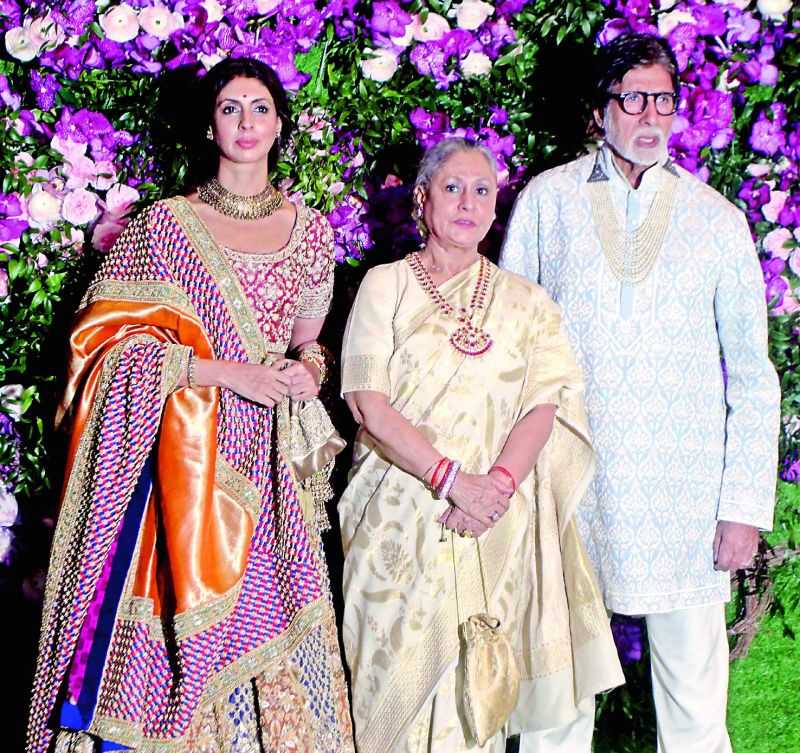 Curiously, the wedding also saw two huge Bollywood icons — Amitabh Bachchan and Shah Rukh Khan — sporting pearl necklace for the event... something neither have done before.

While one person tweeted, “When Ambani says “Ok Google”, Google CEO personally comes to answer (sic),” another one wrote, “Normal people get Google app downloaded in their system. Ambanis get Google CEO downloaded in their system (sic).” In no mood to spare anyone, twitteratis even trolled Abhishek Bachchan, who according to the fashion police was dressed quite decently. “When Abhishek looks like wafer biscuit (sic),” wrote a user about Abhi’s peach kurta.

Taking a dig at the event, comedian Atul Khatri tweeted, “I think the Ambanis plan their weddings at regular intervals so that we Indians forget our differences, unite as one and say in unison — hum sab kitney gareeb hain #AmbaniWedding.”