Nargis Fakhri is back in India and busy promoting her soon to release movie Amavas.  The film is directed by Bhushan Patel who is known to have directed other horror films.

Speaking on the horror film genre and her take on superstition, Nargis says, “I have grown-up watching horror films. I am not superstitious, but I do believe in superstitions, though in India, superstition is at another level. It’s a big deal out here. Yes, I do believe in there being a devil and of a dark side in existence.”
Did she mean living devils too existed? She laughs as she exclaims, “Oh! Yes! There are many living devils. You want me to name some from the industry? No, no. I can never name them.” 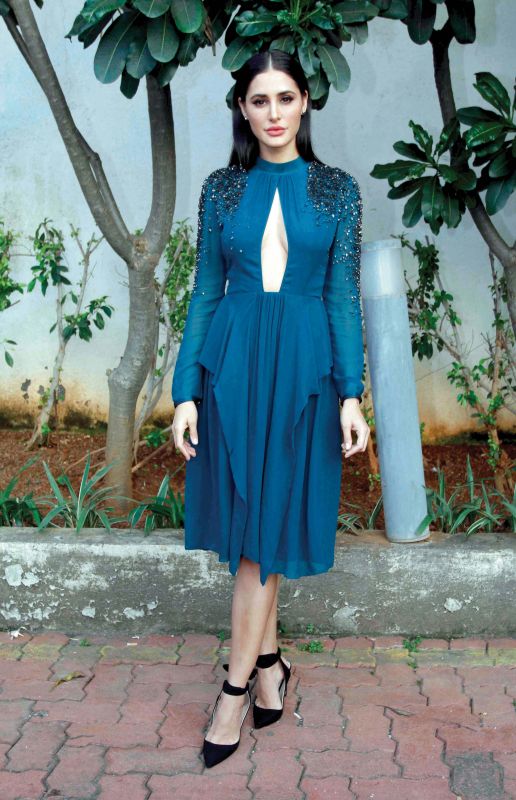 Responding to whether there was a devilish side to her, Nargis quickly replies, “I don’t really have a devilish side. If someone is bothering me, I will walk away. That is simply because if I get face-to- face it could lead to a strong physical fight.”

Nargis says that working in Amavas, her first horror film was a great experience. “I was excited rather than nervous or scared. I knew I was working with a director who has tried a hand in this genre and is a master of horror. It was like a dream come true for me,” she recounts.

She did narrate a strange incident. “One day, I could not find my eye make-up box. The next day, a few seconds after we came to the same room, that little box of eye make-up came rolling to me! This was not only strange, but I was shocked at how it had disappeared and come back again! This repeated the next day as well. These experiences make me believe in the existence of the devil,” she avers.

So, now that she had made her first horror film, was she all set to replace the reigning Horror Queen Bipasha Basu? She smiles and says,” “I do not believe in the word, ‘Replacing’. I would rather say I am joining the Girly Gang of the queens of horror.”