Chennai: Superstar Rajinikanth turned 66 today but there were no birthday bash for the actor on account of former Chief Minister J Jayalalithaa's December 5 demise.

However, a host of leaders and celebrities including Prime Minister Narendra Modi greeted him.

"It is Rajnikant's birthday on Dec 12th and we wish him greater glory happiness and good health," Bachchan wrote on his Twitter page and shared pictures of the two actors posing together. 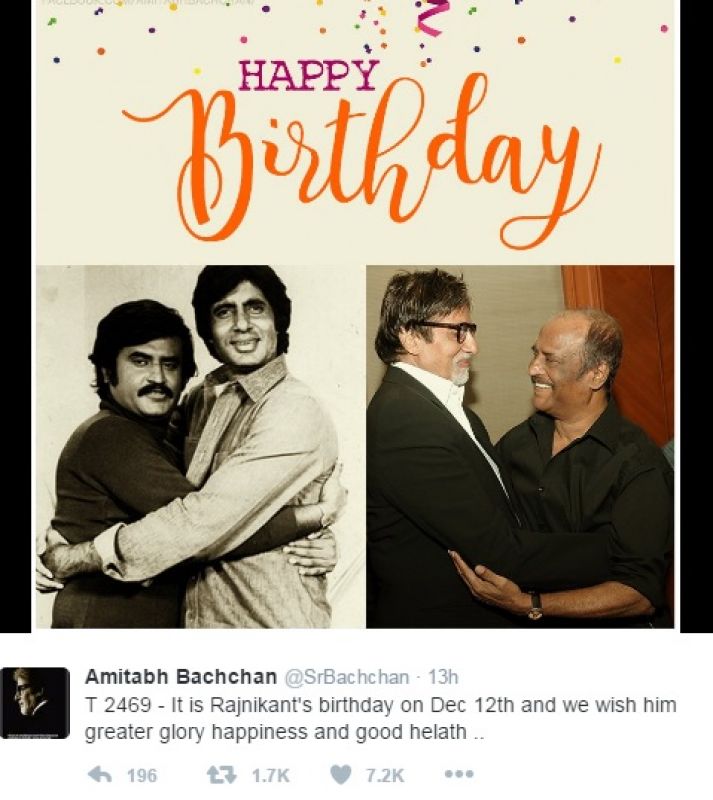 Shah Rukh described the Tamil mega star as ‘coolest and greatest of them all’.

"2 the coolest & greatest of em all. Wishing u health happiness & years of entertainment for us. Happy B'Day Thalaivaa," he said. 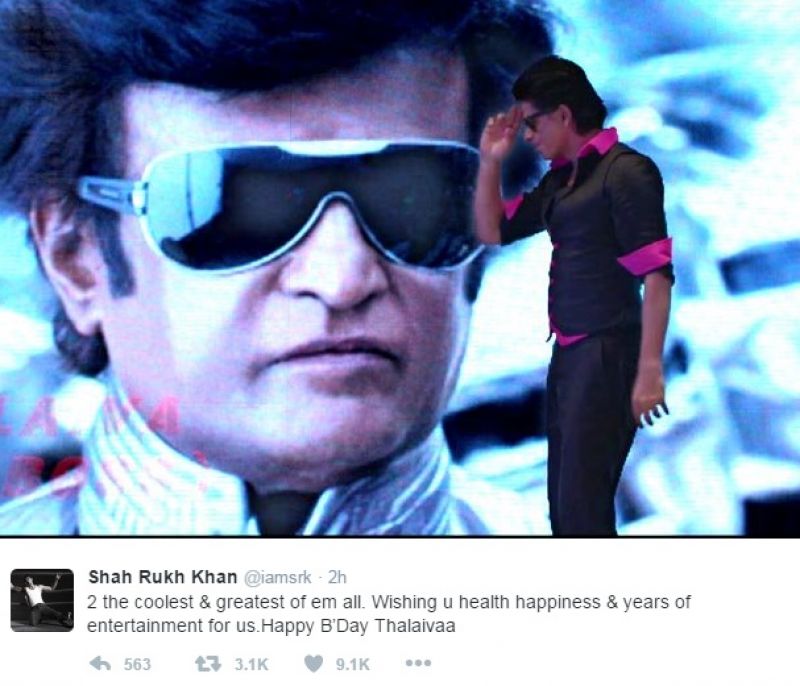 Rajinikanth's daughter, Soundarya, called him the ‘greatest man I know’.

"To the greatest man I know ... my #Father #ILoveYou #HBDSuperstarRajinikanth," she said and posted photos of her and her father. 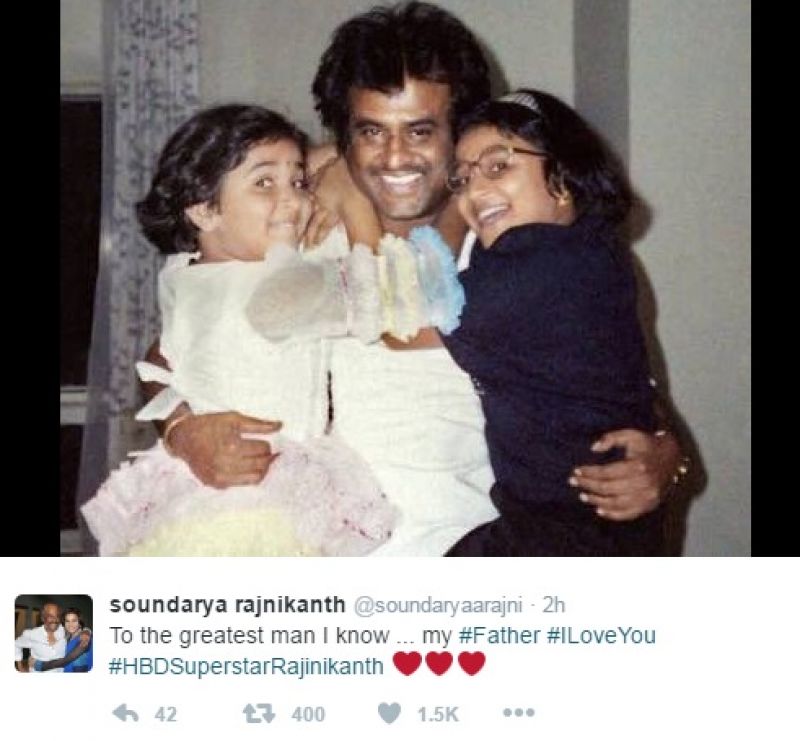 DMK Treasurer and Tamil Nadu Opposition Leader MK Stalin and BJP state President Tamilisai Sounderrajan and a host of actors greeted the 'Kabali' through statements and on Twitter.

The actor had last week asked his fans not to celebrate his birthday on account of Jayalalithaa's death.

He had skipped birthday celebrations last year also on account of the torrential rains that sparked a deluge in Chennai, Kancheepuram and Tiruvallore districts.