Over the weekend Shahid Kapoor’s wife Mira Rajput Kapoor decided to show her little one, Zain Kapoor, to the fans and followers on the social networking site Instagram. 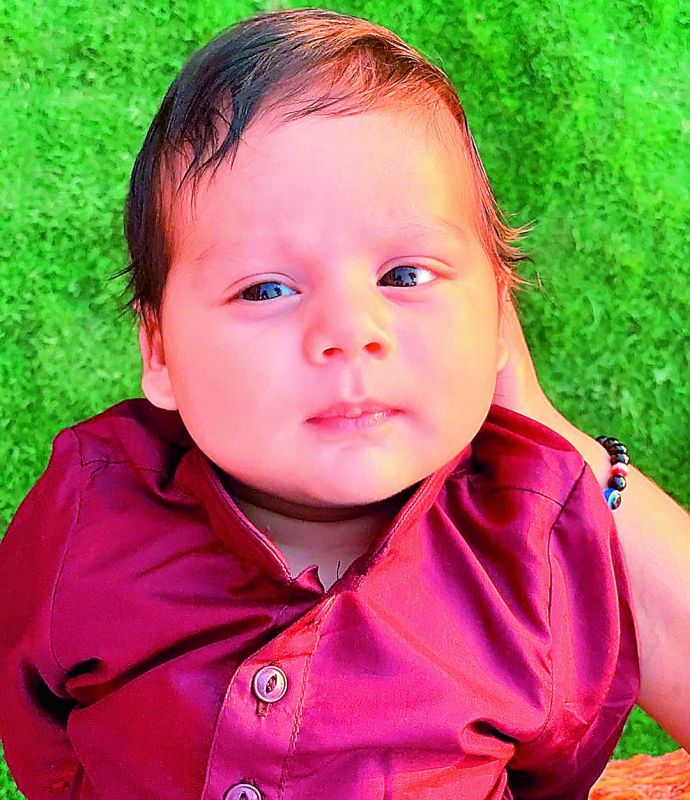 Shahid’s brother Ishaan Khatter immediately put his point across calling him, “Jaan Bachcha” perhaps a way Ishaan addresses him at the moment.

Since the cuteness quotient of the kid is surely high, the post has more than four lakh likes. Dressed in a maroon kurta Zain seriously looks like a bundle of joy.

It can be recalled that Shahid Kapoor and Mira Rajput welcomed Zain, their second child on August 5. Their daughter Misha Kapoor celebrated her second birthday on August 26, earlier this year.

With a new addition to the list, paparazzi are now going to have a field day cashing in on one  more star baby after Taimur Ali Khan, Misha Kapoor, Inaaya Naumi Khemu and Nisha Weber.