Shah Rukh and Imtiaz Ali will be working with each other for the first time.

Shah Rukh is known for his sense of humour and a glimpse of the quality was on display as he interacted with his fans on Twitter with the hashtag #AskSRK and had some witty replies to the questions posed to him. The actor also shared a interesting picture of him wearing a hoodie and his face covered, and saying that it was the 'first look' of 'The Ring' and that it was neither a horror film nor a romantic film but that it was a Ninja epic. 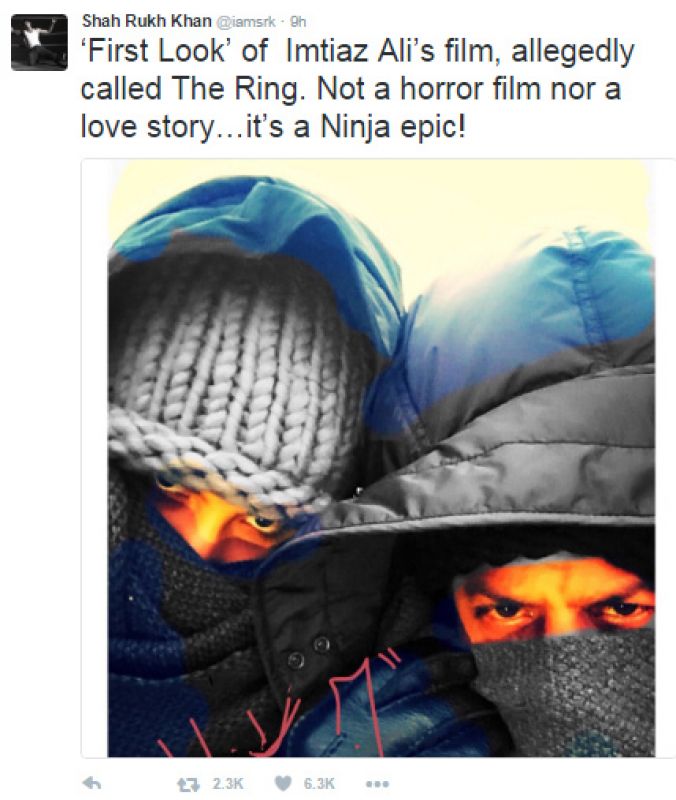 He also shared another tweet so that people don’t misunderstand his earlier tweet and distort it, and clarified that he was just trying to say that it was extremely cold in Budapest where they are currently shooting for the film.

The film also stars Anushka Sharma and was shot in Prague, Amsterdam and Lisbon before this and pictures of the shoot had made its way to the internet.