Mumbai: Shahid Kapoor and his wife Mira recently became parents to a baby girl and are busy with parenting duties. But that doesn’t stop Shahid from thinking about the moments from the early days of his marriage.

His Instagram account features numerous pictures of the couple in romantic moments, right from the start of their married life, including the recent one when Mira was expecting. And he has now shared a lovable selfie with Mira clicked a year back, with the hashtag #thistimelastyear, which means that the couple had just completed two months of their marriage then. 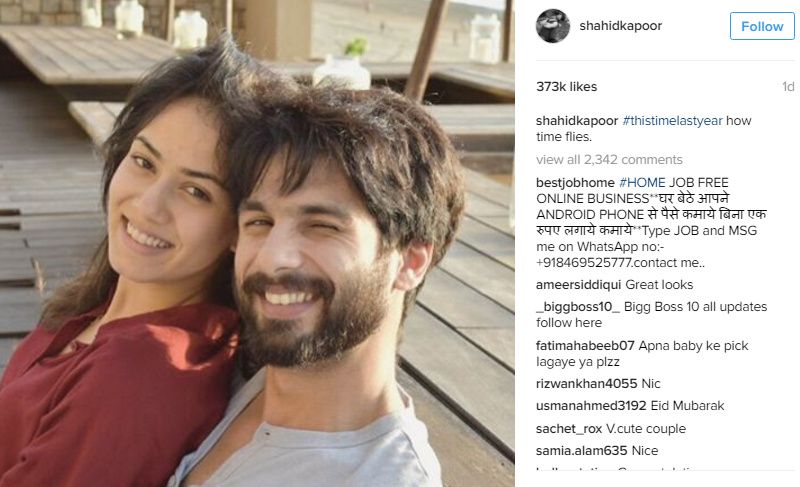 The couple has grown a year older and has welcomed another member into the family, but they look just as beautiful now, as was evident when they left the hospital together with their baby.

The fans of this couple would be pleased to see this new picture but they would definitely be waiting to catch a glimpse of their newborn daughter.

Meanwhile, Shahid's Instagram followers have touched 6 million and he thanked them by posting another selfie. 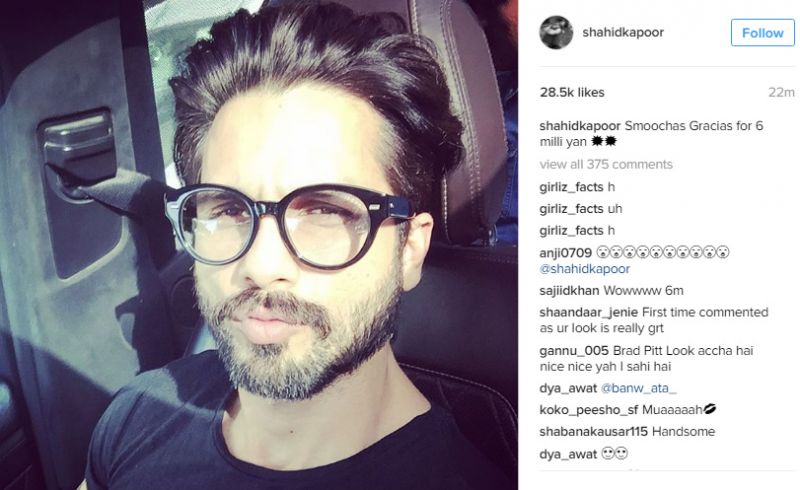 ■Shahid-Mira head to Amritsar with their baby girl to seek blessings from their Guru?
■New look: Is Shahid Kapoor prepping for SLB's Padmavati?
■Mira makes me feel protected, confesses a candid Shahid Kapoor
■Shahid snapped at SLB's office: Is he on board with Padmavati or the deal is off?
■First pics: Shahid Kapoor and Mira take their newborn baby girl home