Why does Shah Rukh Khan get detained by the US Immigration so often?

Mumbai: Shah Rukh Khan is rich, famous and 'not a terrorist'. But then, why does he get detained at American airports every damn time?

Khan was detained today at the Los Angeles airport for which the US state department eventually apologised. Here is a list of SRK's frequent bashes with US immigration authorities. Not his fault, mind you!

In 2009, Khan was detained by US immigration officials at Newark Liberty International Airport in New Jersey because his name had come up on a computer alert list. Khan had ironically been visiting to promote his film ‘My Name Is Khan’. “My name is Khan and I am not a terrorist”, said his character from the movie, a dialogue that still holds relevance, achingly enough.

Khan had tried to downplay the incident by pushing it off as a procedural routine. Three years later, he would again be detained at the New York Airport. Khan had been en route to address students at the Yale University, but got detained for an atrociously long two odd hours. Khan had tried to deal with it with his characteristically spontaneous sense of humour.

"Whenever I start feeling too arrogant about myself, I always take a trip to America. The immigration guys kicked the star out of stardom. They always ask me how tall I am and I always lie and say 5 feet 10 inches. Next time I am going to get more adventurous. (If they ask me) What colour are you, I am going to say white”, he had quirkily remarked while addressing the students.

The incidents had kicked up a storm back home, with widespread protests and condemnation. Khan himself, however, had expressed his disappointment albeit using downplayed words. Never too vociferous, never too vehement.

As per media reports, it would later come out that the detentions would be courtesy to Khan being mistaken for Karnataka-born Riyaz Bhatkal, founder of Indian Mujahideen, who is on the most-wanted list of Interpol. Reports suggest Bhatkal may have made a fake passport himself under the alias of ‘Shah Rukh Khan’ which got the name blacklisted, and caused the Bollywood star a lot of discomfiture. 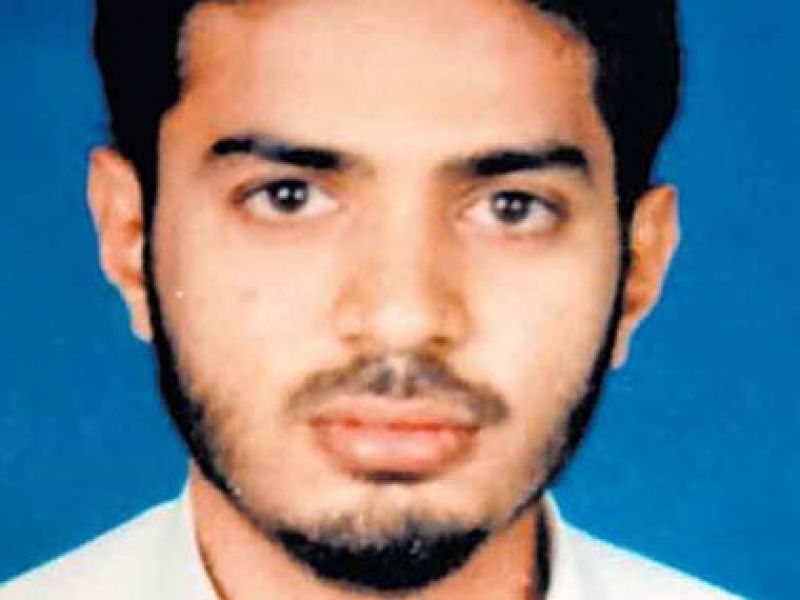 In an interview to CNN's Fareed Zakaria in February, 2016, Khan had said that he would be the first person to demand strengthening of security if a situation demands in India. "It just was very uncomfortable. To land up somewhere and getting stuck in an airport for 2-3 hours for no reason at all," he had said describing his April 2012 experience.

"God forbid if there was a problem in India, I would be the first to say that we have to strengthen our security. One has to see it in a larger context, it's a sign of the times. The world is that kind of place... You cannot hold grudges against people. We have to live with it and and just be prepared for some of this stuff," he had asserted.

The actor had also said his namesake, who was on the lookout list in the US, had been found and so he could now travel freely. "Now I've been told that that gentleman has been found out. He's off that list, so I'm off the list. I'm coming in and going very freely in America. I'm looking out for some Universities for my kids. I came on a tour and it was all fine," he said.

The actor had also written an article about his tryst with racial discrimination despite of being endowed with a glorious celebrity status, something a layman can't afford. The piece had been titled 'Being A Khan' and had been poignant and emotional.

"Stereotyping and contextualizing is the way of the world we live in: a world in which definition has become central to security. We take comfort in defining phenomena, objects and people - with a limited amount of knowledge and along known parameters. The predictability that naturally arises from these definitions makes us feel secure within our own limitations", he had written.

The actor had also added, "I became so sick of being mistaken for some crazed terrorist who coincidentally carries the same last name as mine that I made a film, subtly titled My name is Khan (and I am not a terrorist) to prove a point. Ironically, I was interrogated at the airport for hours about my last name when I was going to present the film in America for the first time. I wonder, at times, whether the same treatment is given to everyone whose last name just happens to be McVeigh (as in Timothy)??"

Khan, incidentally had associated himself with the Interpol in 2014, as the brand ambassador for a campaign against crime, christened ‘Turn Back On Time’. The campaign had been conceptualised to generate public awareness in prevention of organic crime. 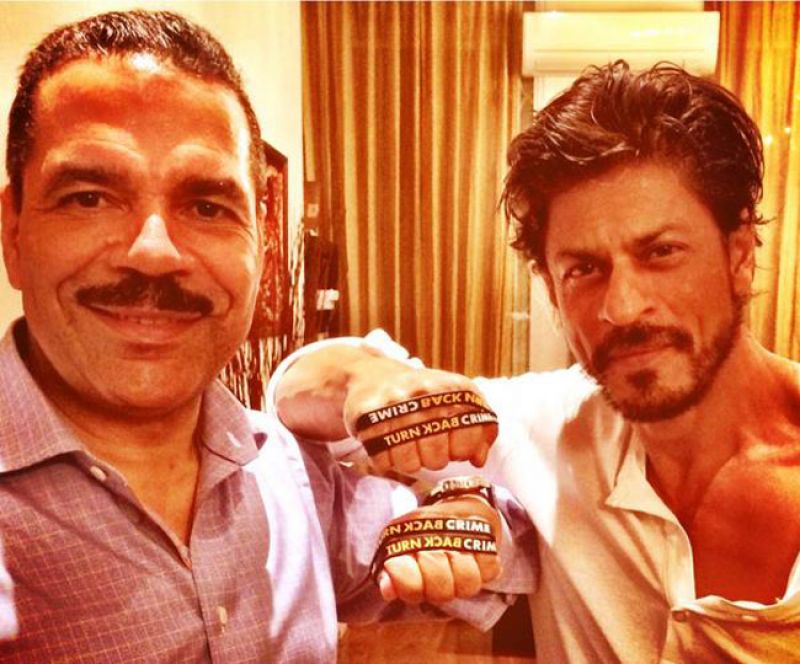 Khan circa 2014, promoting the campaign.

With reports of Shah Rukh’s detention at Los Angeles airport coming in earlier today, one can’t help but sympathise with the actor for this grossly undeserved ordeal. The actor tweeted about his dejection at being made to suffer, all over again, but also gracefully resorted to humour to deal with it, inimitably.

I fully understand & respect security with the way the world is, but to be detained at US immigration every damn time really really sucks.

The U.S. Department of State did apologise following his detention and offered a clarification, saying that the detention was something that even 'American diplomats' have to suffer through.

Sorry for the hassle at the airport, @iamsrk - even American diplomats get pulled for extra screening!

Nisha Biswal is the Assistant Secretary of State for South and Central Asia at the U.S. Department of State.

Being his humble self, Shah Rukh Khan responded to Biswal's tweet by writing, "No hassle ma’m.Respect the protocol,not expecting to b above it. Appreciate ur graciousness, its just inconvenient."

No hassle ma’m.Respect the protocol,not expecting to b above it. Appreciate ur graciousness, its just inconvenient. https://t.co/7QFatghuuu

U.S. Ambassador to India, Richard Verma had also apologised to Shah Rukh Khan for the inconvenience caused at the airport.

Sorry for the trouble at LAX @iamsrk. We are working to ensure it doesn’t happen again. Your work inspires millions, including in the US.

No trouble sir, respect the protocol & not expecting 2 b above it. It’s just a tad inconvenient. Thx for ur concern. https://t.co/zQspvxnXsl

Former Indian Foreign Secretary, Ambassador to the U.S Nirupama Rao, however, was vocal about her support of the security measures at LA Airport.

I don't think we can question the customs and border protection laws of any sovereign country. Live and learn. https://t.co/DC1qznAJRp

A lot of contemplation and scrutiny are bound to ensue, but for now, we can only hope that this would be the last of a series of unpleasantly unsolicited immigration experiences for the much adored actor.