It was Bajrangi Bhaijaan’s writer Vijayendra Prasad, a close friend of Salman, who took the Telugu filmmakers to the actor.

Tollywood movies’ increasing market is evident from the latest move by Bollywood superstar Salman Khan, who has expressed interest in remaking the highly-successful Pellichoopulu. Sources revealed that Salman is planning to introduce his brother-in-law Aayush Sharma with the remake.

Confirming the news, Pellichoopulu producer Raj Kandukuri says, “Yes, we had a meeting scheduled with Salman Khan on Thursday evening, as he wants to remake Pellichoopulu in Hindi. Since he was unavailable, his brother-in-law Atul Agnihotri represented him.”

Director Tharun Bhascker also accompanied Raj. However, Tharun is not interested in directing the Hindi version. “But they are insisting that Tharun directs the film and he might agree,” adds Raj. 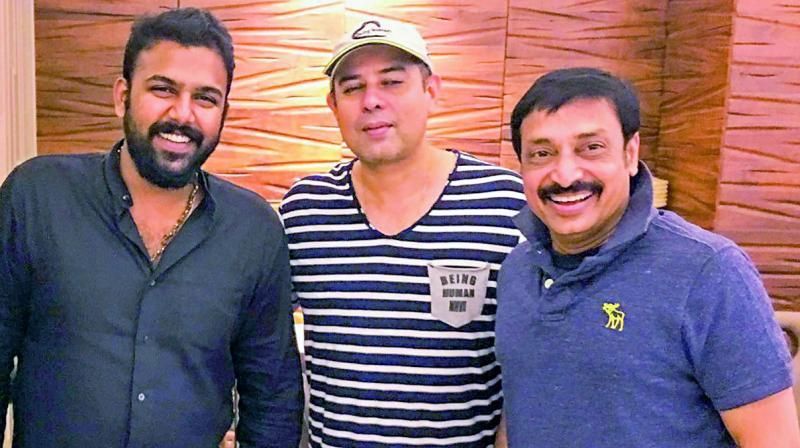 Tharun Bhascker with Atul Agnihotri and Raj Kandukuri in Mumbai on Thursday.

It was Bajrangi Bhaijaan’s writer Vijayendra Prasad, a close friend of Salman, who took the Telugu filmmakers to the actor. The Telugu makers are expecting `1 crore for the remake rights, but the source added that Vijayendra Prasad may bargain on Salman’s behalf.