Here’s what Aamir Khan’s fans from China gifted him, check out photo

Mumbai: India’s leading star, Aamir Khan who is considered as the Nan Shen (male god) to the Chinese audience was spotted wearing a very special hoodie which has been gifted to him by his fans from China!

The pioneer of cultural exchange to China from Bollywood, Aamir Khan’s movies namely Dangal and Secret Superstar were regarded as the highest grossing movies in the Chinese markets and is the International star whose movies are some of the most awaited projects for the Chinese populace.

Aamir was seen wearing a yellow coloured sweatshirt with ‘a+’ printed on it. Not just this, the fans of the star from China adorned the sweatshirt with their personal signatures which is a testimony of the fact of how much he is loved by the people all across the border. 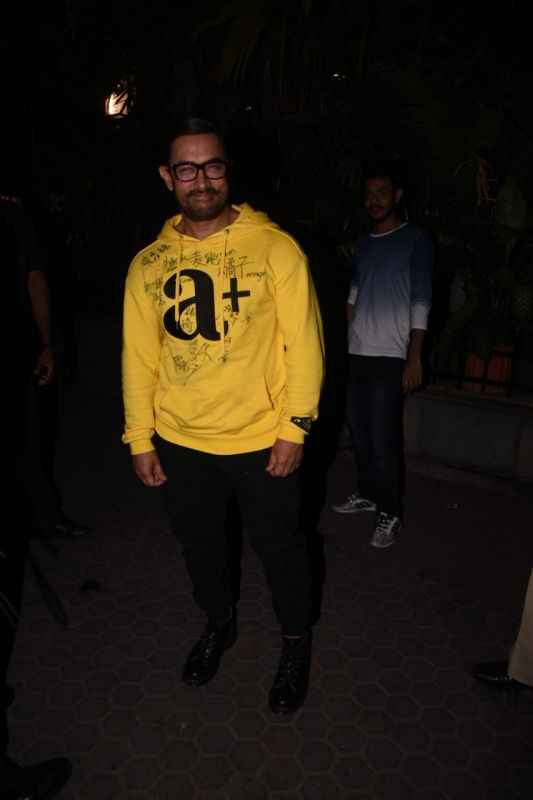 Aamir’s films Dangal and Secret Superstar become some of the most profitable films ever.  Dangal exceeded $300 million at the box office so far and was recorded as the highest grosser in the lands of China.

Seeing the love that the actor received from his Chinese fans, it is certain that Aamir is an International star who is not just loved by the audience in India but equally, in China.

Bollywood's perfectionist, Aamir Khan is known for his versatility and perseverance through various characters from a range of portrayals such as a romantic hero, an efficient police officer, a father amongst the rest. In a first of its kind, Aamir will slip into a character and is set to deliver yet another never done before role with his upcoming next.

On Aamir Khan's birthday, the actor announced his upcoming film, Laal Singh Chaddha as his next which has already been creating the buzz as one of the most awaited projects and is set to release on Christmas, next year 2020.

■Aamir Khan's next 'Laal Singh Chaddha' to release on this occasion; find out
■Aamir Khan and Kiran Rao spend time in a village
■On Maharashtra Day, Aamir Khan does Shramdaan at Satara district
■Aamir Khan to helm two projects at a time?