Justin Bieber at the Mumbai airport on Thursday (L) and during his concert (R). (Photos: Viral Bhayani)

Mumbai: International pop sensation Justin Bieber received a grand welcome in Mumbai with his first-ever concert in the country on Wednesday. While ‘Beliebers’ were left swooning after his performance, several people felt the exorbitant ticket prices weren’t worth it and his lip-syncing  was another let-down.

Before the singer had landed in Mumbai, numerous reports about his itinerary had surfaced, some of which claimed that he was to attend a party thrown by Jacqueline Fernandez featuring Bollywood stars and also visit the Taj Mahal and Delhi in the next two days.

However, Justin’s team seem to have cleverly confused the media and he has left the country without making an appearance at either of the places.

Justin was spotted at the Mumbai airport on Thursday as he left Mumbai and the country. The singer chose the most apt way to beat the heat, by arriving at the airport topless while he was escorted by his bodyguards, before putting on a T-shirt. 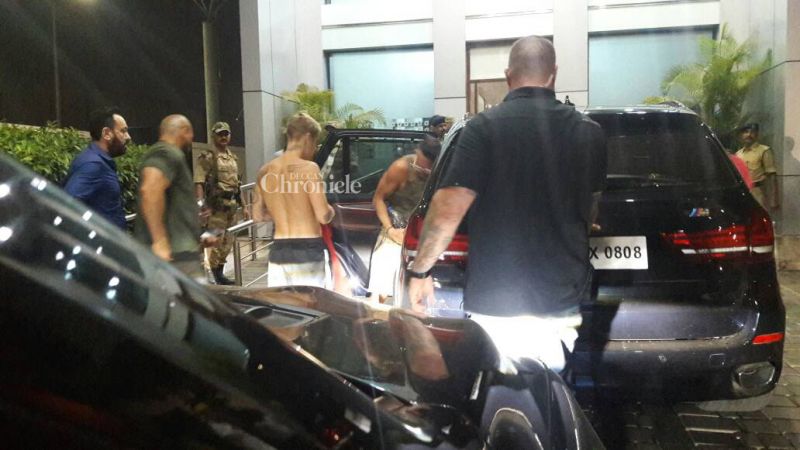 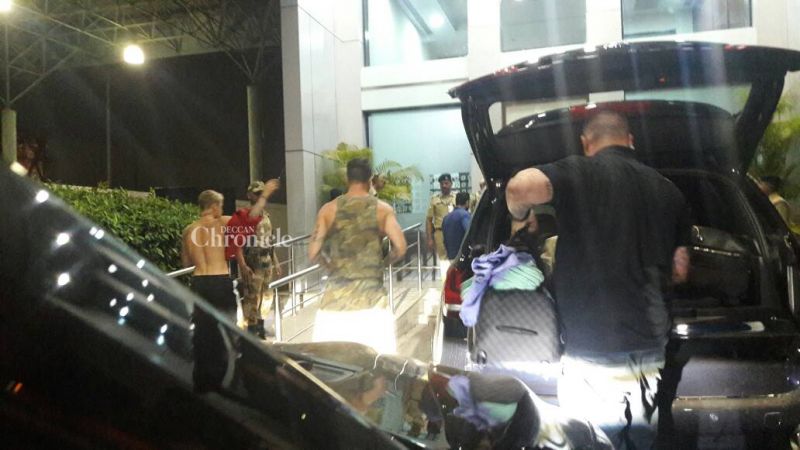 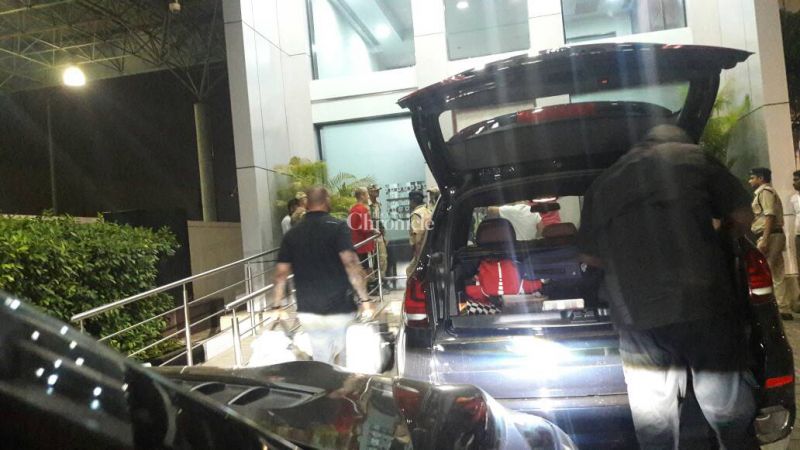 Justin will be continuing his Purpose Tour concerts, the next of which is scheduled to take place at Johannesburg and Cape Town in South Africa on 14 May and 17 May respectively and it is possible that he might have headed to the African country.

Fans of the singer who might have decided to catch a glimpse of him in Agra and Delhi will definitely be a disappointed lot, but will have to make do with Justin’s promise during the concert that he will be returning soon.