Mumbai: While promoting her upcoming film, Vidya Balan had an amazing time when she met her 100-year old fan. Reportedly, Vidya’s fan Jayanti, who is 100 years old, revealed that he had watched her film ‘Parineeta’ over a 100 times. Jayanti even flew all the way to Mumbai from Kolkata to celebrate his 100th birthday in the most fantastic way.

Overwhelmed Vidya, took some time off and met her fan. The actress greeted him with a warm hug. The actress expressed her experience as a blessing to have met her true fan. 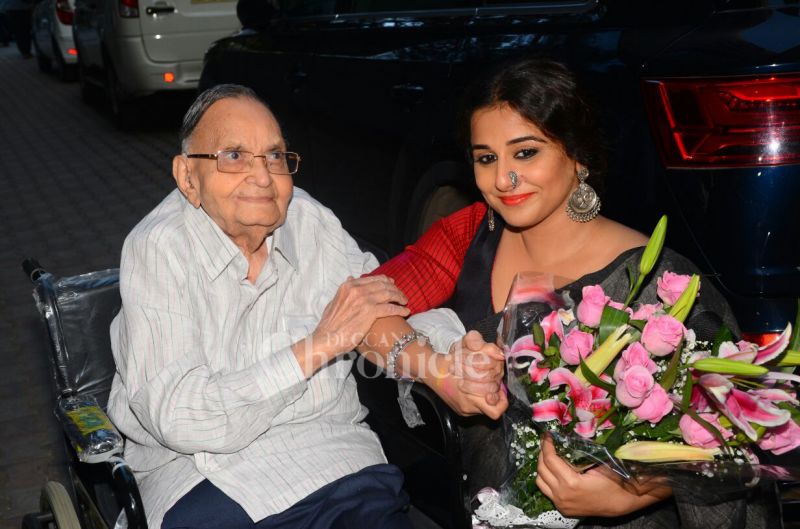 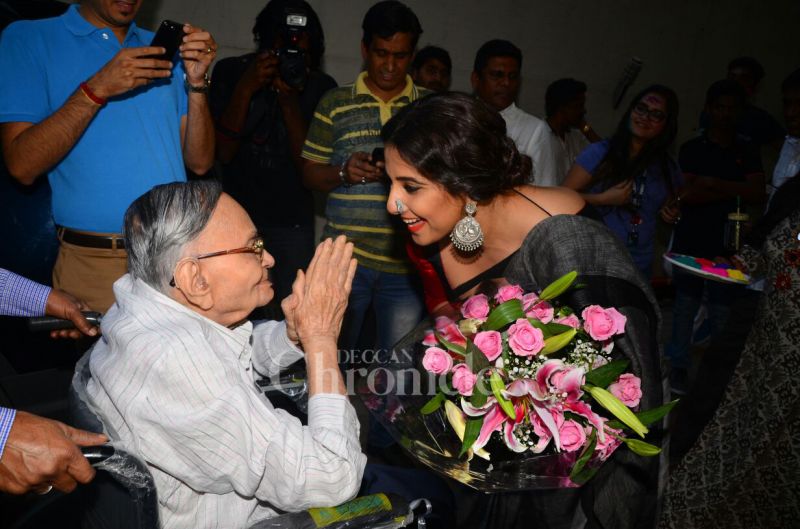 On work front, Vidya Balan is gearing up for her upcoming film ‘Begum Jaan’, which is said to be one of the most realistic films in current times. Vidya will be seen playing a character with grey shades in the movie. It’s been helmed by National Award winning director Srijit Mukherji.

The film is a Hindi adaptation of the Bengali movie, Rajkahini, and will see Vidya playing the role of a brothel’s madam during the partition of India. The film, featuring Naseeruddin Shah and Gauhar Khan in key roles, is slated to release on April 14.

■Vidya Balan and her 'queens' are ready with a Holi song in Begum Jaan
■Vidya Balan releases first poster of Begum Jaan and it is intense!
■Need to respect freedom of expression: Vidya Balan on Gurmehar Kaur
■Did Vidya Balan just confirm starring opposite Rajinikanth in Kabali spin-off?