The actress has given a conscious priority to the West post her success in Hollywood.

Mumbai: Priyanka Chopra has given a strict diktat to her industry folks to meet her when they are in America. The actress has given a conscious priority to the West post her success in Hollywood.

The actress had confessed on Koffee with Karan that she insists on everyone she knows meet her when they are in the US.

The latest to hangout with PeeCee is none other than Aishwaryaa Dhanush.

Aishwaryaa, who’s the daughter of Superstar Rajinikanth and wife of actor Dhanush had been in the West to perform during a UN address.

They took to their respective Twitter feeds to talk about their meeting. 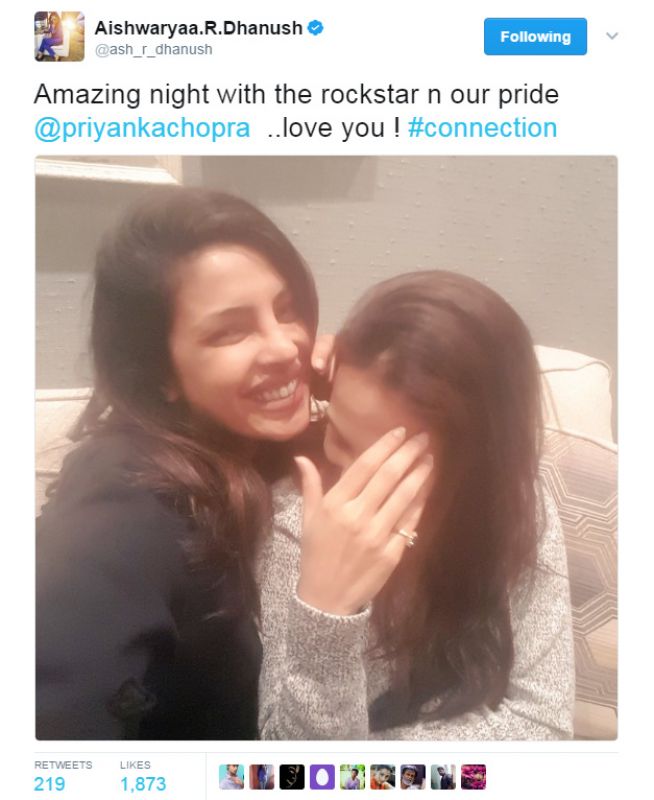 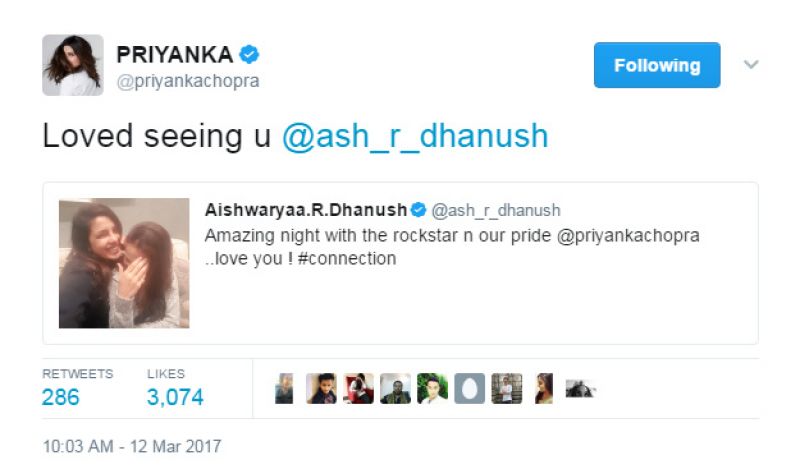 Aishwaryaa's Bharatnatyam performance on International Women’s Day had received a lot of backlash on Twitter. As soon as a clip of her dance performance found its way on to the internet, the filmmaker was immediately panned for allegedly mediocre gig.