The film starred Shah Rukh Khan and Kajol in the lead roles.

Mumbai: When Karan Johar came up with 'My Name Is Khan,' it had been plagued by a lot many controversies, but the Shah Rukh Khan starrer had nevertheless got critical and commercial takers.

Seven years down the line, the tale of the affable Rizwan Khan, suffering from Asperger's Syndrome, who's mistaken for a terrorist thanks to his surname, still rings hard in the fan's ears.

And now, the film has patronage from unexpected quarters, in the form of veteran writer, Paulo Coelho.

The acclaimed writer, took to Facebook to appreciate the film, and also claimed that had Hollywood not been manipulative, Shah Rukh Khan could probably have won an Oscar for his performance. 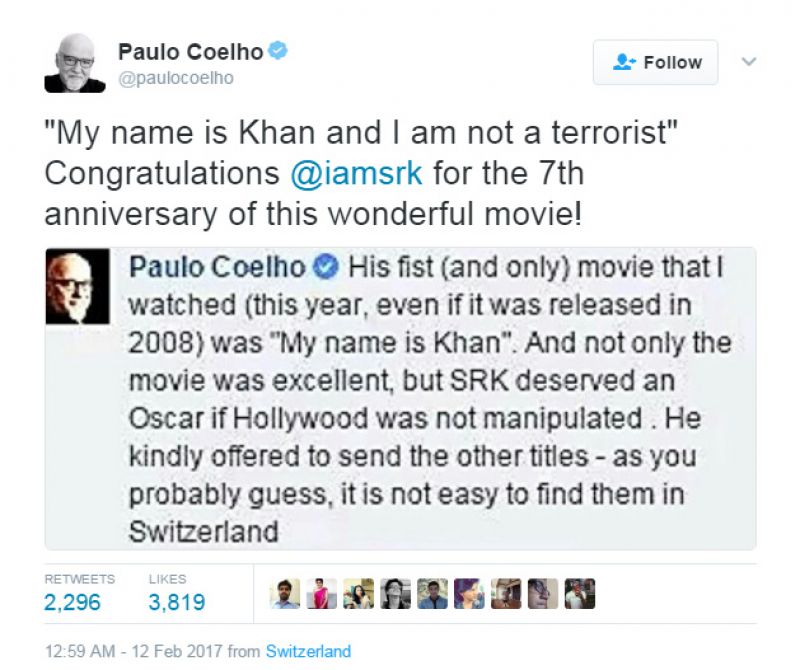 Shah Rukh humbly reciprocated by thanking the writer and expressing a desire to meet in person. 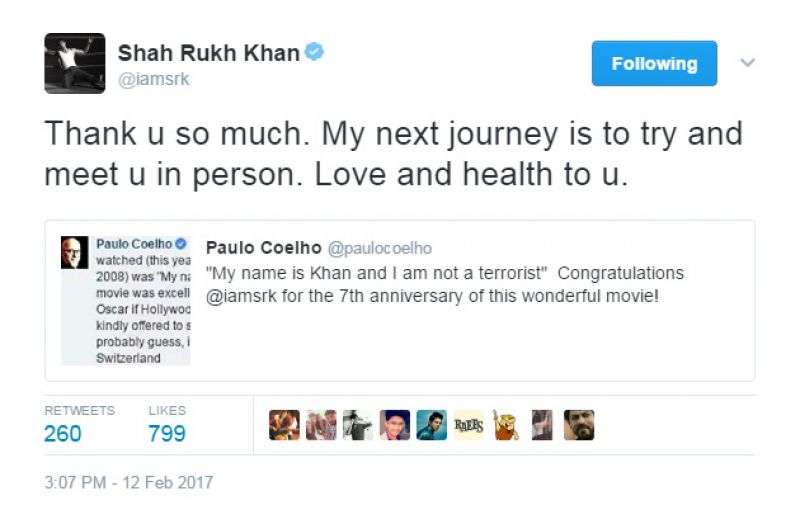 Earlier, SRK himself had taken to his Twitter feed to commemorate the 7th anniversary of the film, and revealed that he's saddened to realise that the film still holds relevance.