Amid the rumours of her show shutting down, Priyanka parties with her co-stars

Priyanka with her co-stars from the television show.

Mumbai: There were false rumours doing rounds recently that Priyanka Chopra’s American television show 'Quantico' might shut as it was not garnering enough TRPs despite being shifted to a prime time Monday night slot. But nothing affected Priyanka, be it the rumours or her super tight work routine.

The actress recently partied with co-stars of her drama thriller show, and went on to share the pictures of the gala event on her social media account. 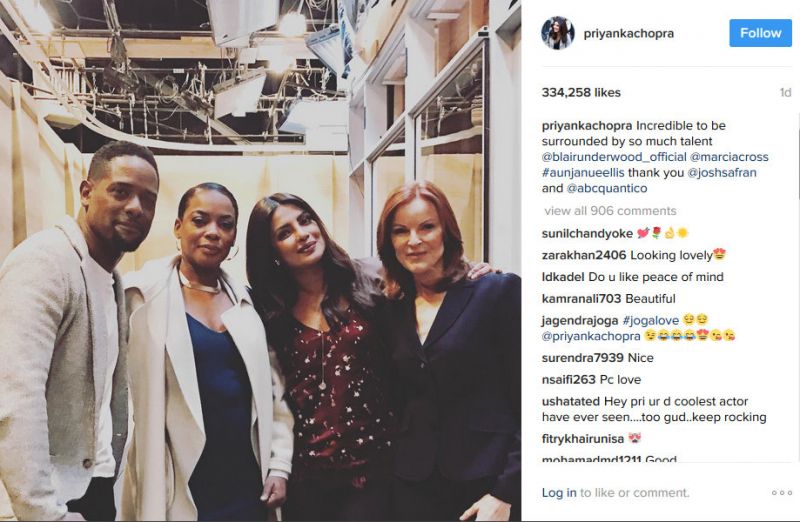 Priyanka surely knows to take time out for herself.

Miss Chopra will be next seen in her first Hollywood film, 'Baywatch' alongside Dwayne Johnson and Zac Efron.