Amitabh Bachchan, India's most iconic actor who is also fondly known as, Shehanshah of Bollywood has turned a year older today. The veteran actor who was born on October 11, 1942 has turned 76 years. To celebrate Amitabh Bachchan’s 76th birthday we’re taking a look at his much-awaited forthcoming releases.

Amitabh Bachchan and Aamir Khan are coming together for first time for Yash Raj Films' highly anticipated film, 'Thugs Of Hindostan'. Big B will be seen playing a braveheart warrior named as Azaad (earlier introduced as Khudabaksh in the motion poster) in this thrilling action-adventure. Mr Bachchan had earlier said that that he has never worked in a film like Thugs Of Hindostan before and added, "I have never worked in an atmosphere like this."

The trailer of Thugs of Hindostan was launched last month to a terrific response from the audience. The film, which is slated for a Diwali release in November, also stars Katrina Kaif and Fatima Sana Shaikh. 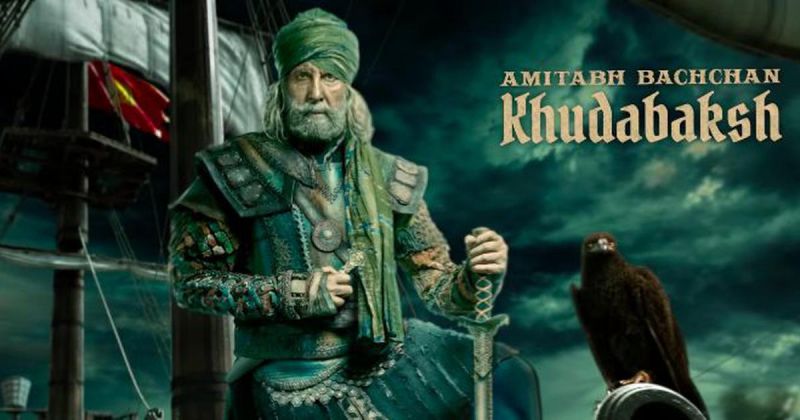 Amitabh Bachchan as Khudabaksh in YRF's 'Thugs Of Hindostan'.

Amitabh Bachchan will seen playing a role of lawyer in Sujoy Ghosh's thriller 'Badla' co-starring with Taapsee Pannu. This will be the second time that Amitabh and Taapsee will be seen sharing screen space again after super-hit 'Pink'. Shah Rukh Khan is the producer of this Amitabh Bachchan starrer and it is slated to release on March 8th, 2019. 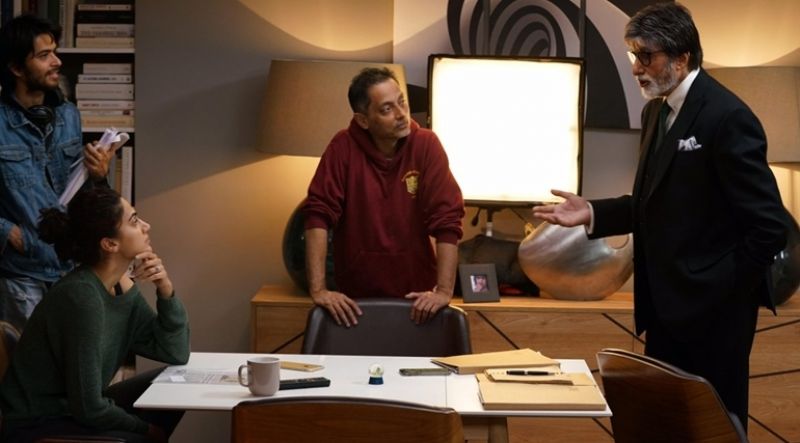 Amitabh Bachchan discussing a scene with co-star Taapsee Pannu on the set of Sujoy Ghosh's 'Badla'.

Amitabh Bachchan will be sharing screen space for first time with Ranbir Kapoor and Alia Bhatt in the Ayan Mukerji directorial 'Brahmastra'.  The actor, who has been on an admiration spree for Alia and Ranbir, took to his blog to write about two biggest superstars of this generation: “So back to where we were .. yes .. getting rid of sleep induced writing, one that was of some questioning by my leading lady and leading man at BRAHMASTRA last night – the adorable Alia Bhatt and the striking presence of Ranbir Kapoor… This generation is a revelation .. they think so fast speak so fast .. I need to put on my spikes just to keep with up with them .. and I do not just speak of the two cuties on set .. its the other young that work on set .. ” 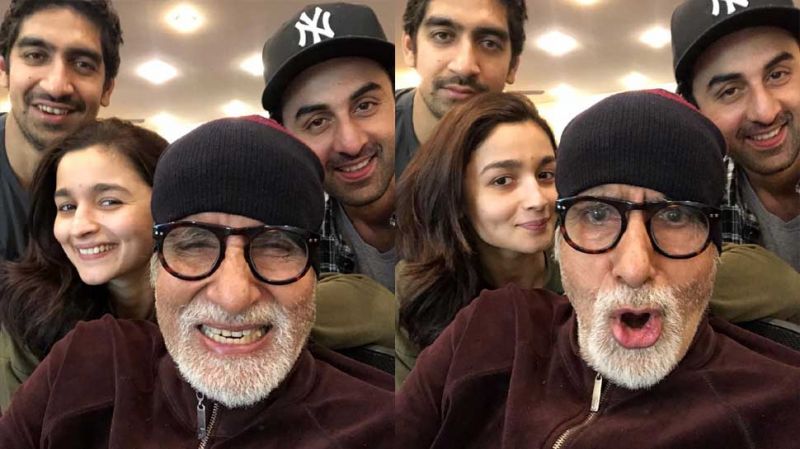 Big B with Ranbir, Alia and Ayan on 'Brahmastra' sets.

Amitabh Bachchan will be seen playing an important role in Chiranjeevi starrer Telugu film Sye Raa Narasimha Reddy. Amitabh will be seen playing Gosayi Venkanna in the film. The makers have released Big B's first look from the film. Directed by Surender Reddy, the film will see Nayanthara, Vijay Sethupathi, Tamannaah and Huma Qureshi in pivotal roles. The release date of the film hasn’t been announced yet. 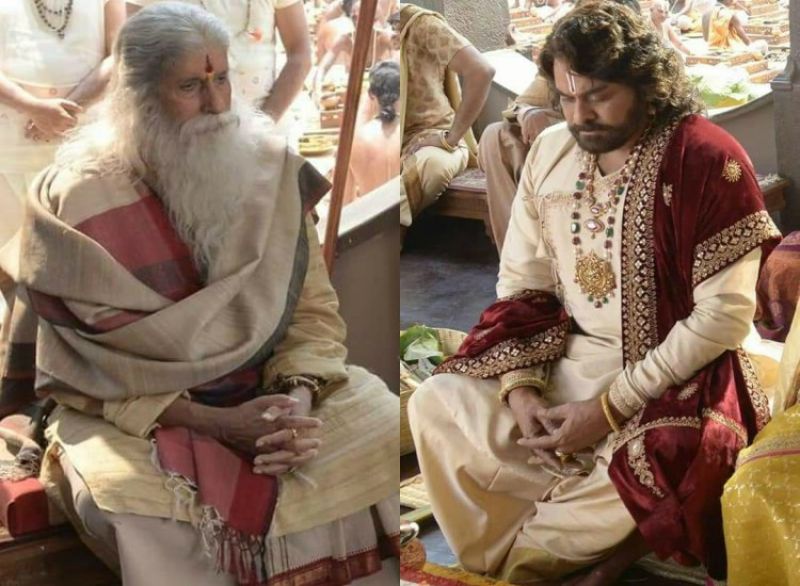 Amitabh Bachchan is set to team up with National award winner Nagraj Manjule who helmed Marathi blockbuster 'Sairat'. Titled 'Jhund', the film is reportedly based on the life of retired sports teacher Vijay Barse who formed an NGO named Slum Soccer with street boys in efforts to rehabilitate and keep them away from drugs and other crimes. The film will go on floors in November and is expected to release some time next year. 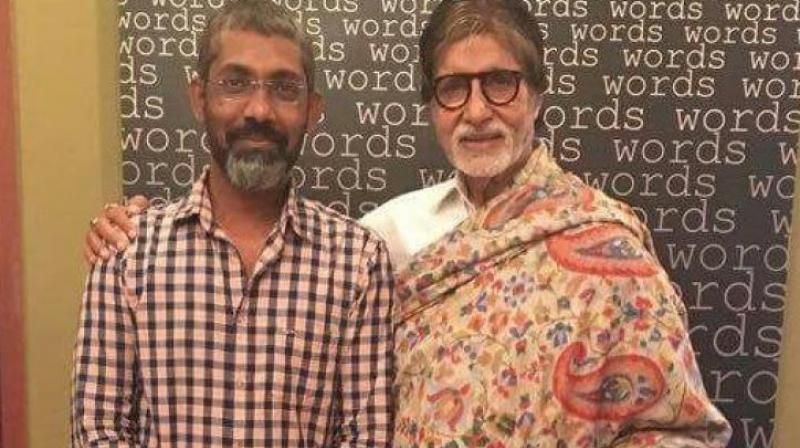