Bollywood celebrities took to Twitter to express their sorrow.

Mumbai: Bollywood stars have been devastated by the demise of socialite and philanthropist Parmeshwar Godrej.

A formidable presence in the country’s Page 3 circuit, more so for her impeccable style and glamour, Parmeshwar was one of India’s first air hostesses.

She was also the face of several philanthropic initiatives, including promoting awareness for AIDS. She had also launched the Heroes project, along with Hollywood actor Richard Gere and with support from the Bill and Melinda Gates Foundation. The project aimed to mobilise eminent people and the media to fight HIV and AIDS in India.

Parmeshwar, who was married to Godrej group chairman Adi Godrej, had also tremendously contributed towards the improvement of women’s and children’s health in India.

Bollywood celebrities took to Twitter to express their sorrow. 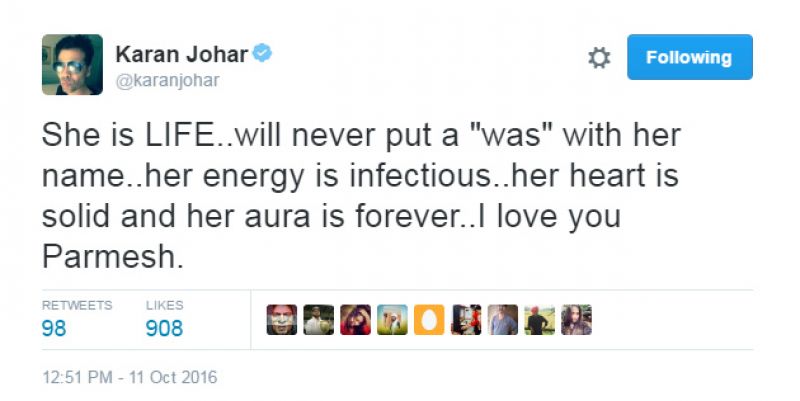 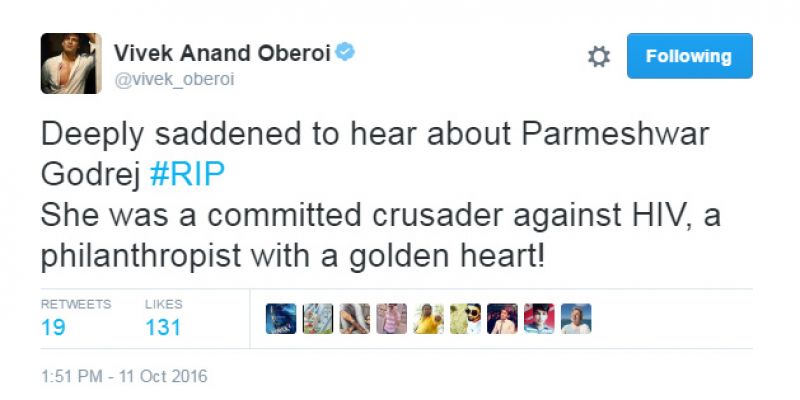