For one more time, feast your eyes on Kylie's uber-sexy picture!

Mumbai: While big sister Kim Kardashian is recovering from her robbery ordeal, youngest sibling Kylie is turning up the heat on social media with her raunchy photos. Jenner, who has never shied away from flaunting her curves, had pulled her underwear way above her hips and captioned this bathroom selfie ‘Morning’. 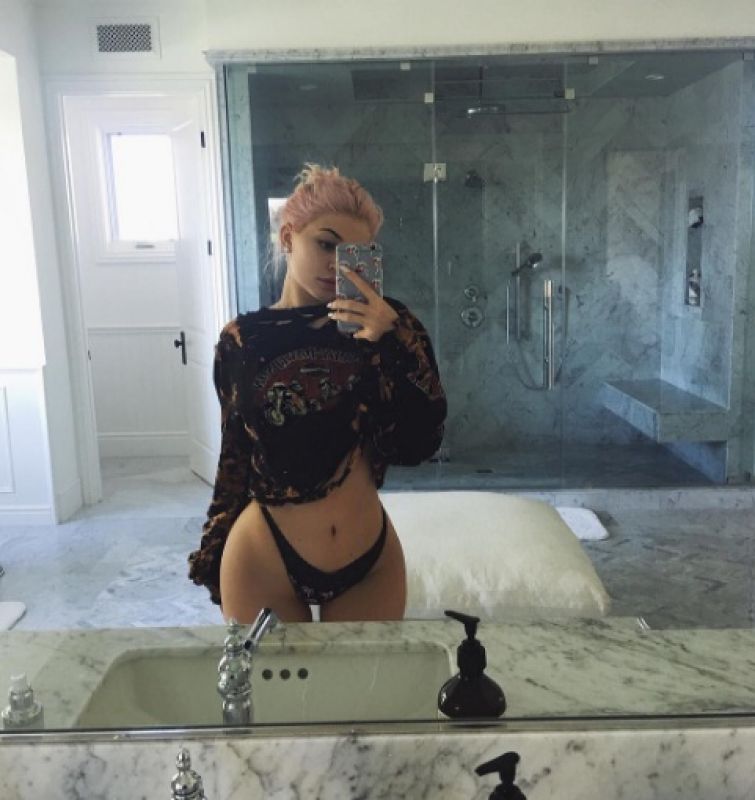 After the post went viral, a Twitter user called her ‘a 14-year-old prostitute’ and Kylie’s reply to it was hilarious:

Seems like things are not going good for the Kardashian-Jenner family, just days after a prankster tried to kiss Kardashian’s bottoms outside a Balmain event, Kim’s Paris apartment was robbed by masked men. Kim is claiming insurance for the lost items and has taken a break from social media.

But their plight does not end here, Rob Kardashian, Kylie’s half-brother, had posted her number on Twitter following a ‘miscommunication’ between the siblings when he thought that his family had not invited his partner Blac Chyna, who is pregnant with his child.

All is well between Kylie and Rob after the latter realised his mistake. The entire family is standing by Kim in this hour of crisis.