After Prague, SRK-Anushka's The Ring team moves to Amsterdam

Shah Rukh Khan and Imtiaz Ali have shot for their film in Prague.

Mumbai: Imtiaz Ali’s film with Shah Rukh Khan and Anushka Sharma has been in the news since a long time. And since some reports stated that the title of the film is ‘The Ring’, it stuck on with the film despite no official confirmation from the makers or the actors.

The rumours got strengthened when the image of a clap-board from the sets displayed the name of the film as ‘The Ring’.

But, Anushka has finally confirmed that the title of the film is indeed ‘The Ring’, and that it is just a working title for now, in this picture that she shared on Instagram. 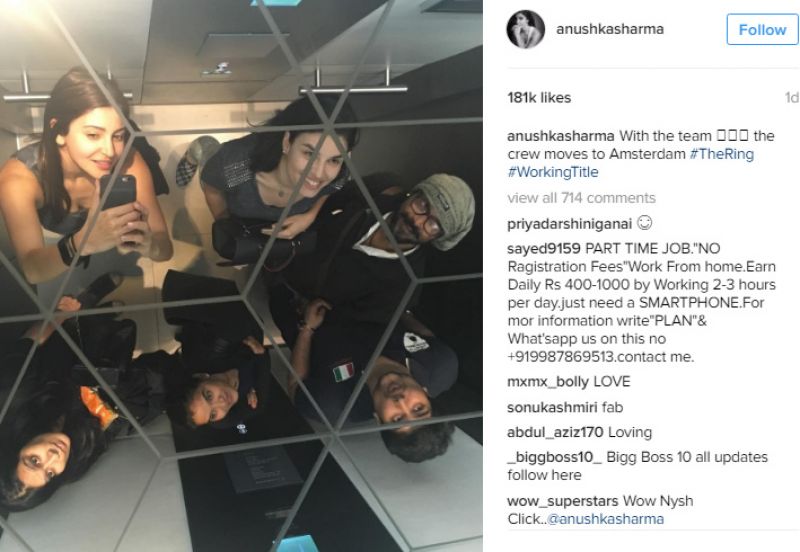 Considering the fact that there is already a Hollywood horror film of the same title, there are good chances of it remaining just a working title and it would be interesting to see what the final title would be.

According to reports, the first schedule of the film has been wrapped up. Anushka plays a Gujarati girl and Shah Rukh plays a tourist guide in the film and several pictures from the shoot in Prague have been in the news. The crew will now move to Amsterdam for the next schedule.