Alia and Ranbir receive hearts from industry and sister Shaheen; is it official now?

Post that, the actress hosted a wedding reception, which saw the likes of Salman Khan, Shah Rukh Khan, Varun Dhawan, Ranveer Singh and others.

Ranbir Kapoor and Alia Bhatt were among one of the most pleasant looking, adorable pair at the reception.

While the two are doing trilogy ‘Brahmastra’ together, reports of them being in a relationship has been floating since a long time.

Looking at them comfortable in each other’s skin once again only gives rise to the rumours.

And adding fuel to the fire, Alia even posted the same photo on her Instagram, captioning it ‘yass’.

Onlookers say the two gave out more than enough hints about them being a couple, and there’s no end to the speculations as the whole industry, including Alia’s sister Shaheen Bhatt and their ‘Brahmastra’ co-actress Mouni Roy, sent their hearts on the photo. 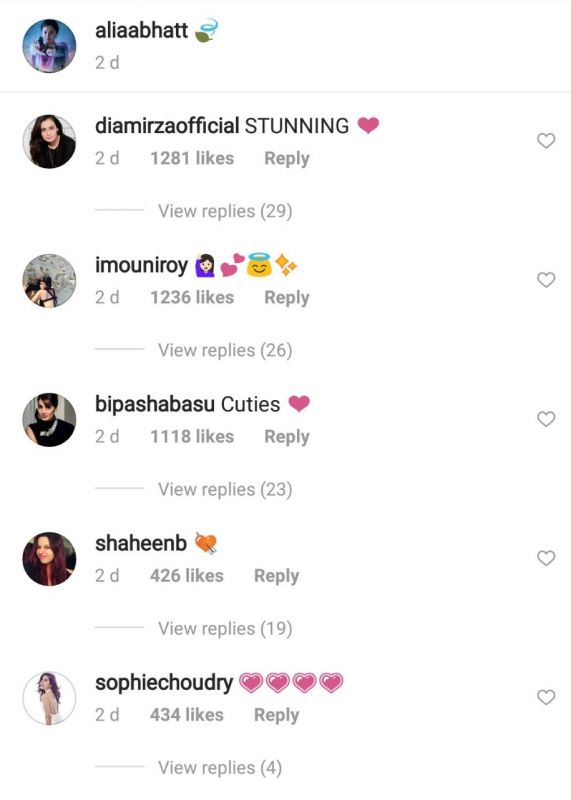 Alia and Ranbir will be working with each other for Ayan Mukerji’s trilogy ‘Brahmastra’ for 3 years at a stretch.

■Sonam Anand reception: Is Alia approving relationship with Ranbir through Instagram?
■I am like a boy and just sit down like one, says Raazi actress Alia Bhatt
■Sonam reception: Ranbir, Alia look adorable, while ex-boyfriend Sidharth is around
■Revealed: How Ranbir Kapoor, Alia Bhatt are gearing up for 2nd schedule of Brahmastra
■Sonam Kapoor wedding: Anushka, Alia, Shraddha give their hearty congratulations