Arbaaz Khan and Malaika Arora Khan were spotted at the Justin Bieber concert along with their son Arhaan and his friends (Piccourtesy: Viral Bhayani).

While Malaika wore a ravishing high-low shirt dress in black and grey, Arbaaz decided to keep it simple in a black tee and denims. Their son, Arhaan Khan, was sporting a grey T-shirt and looked happy in the company of his parents and friends. 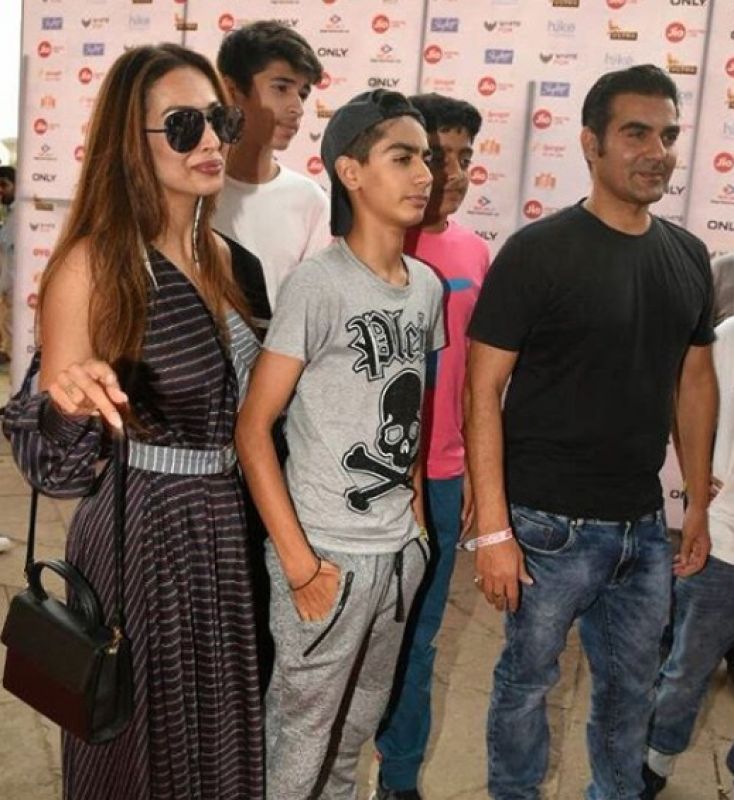 The duo, married for almost 18 years, stepped out together for the very first time for a public event since they separated last year. Both Malaika and Arbaaz were happily posing for the shutterbugs and even interacted with the media about their excitement for Bieber’s concert. 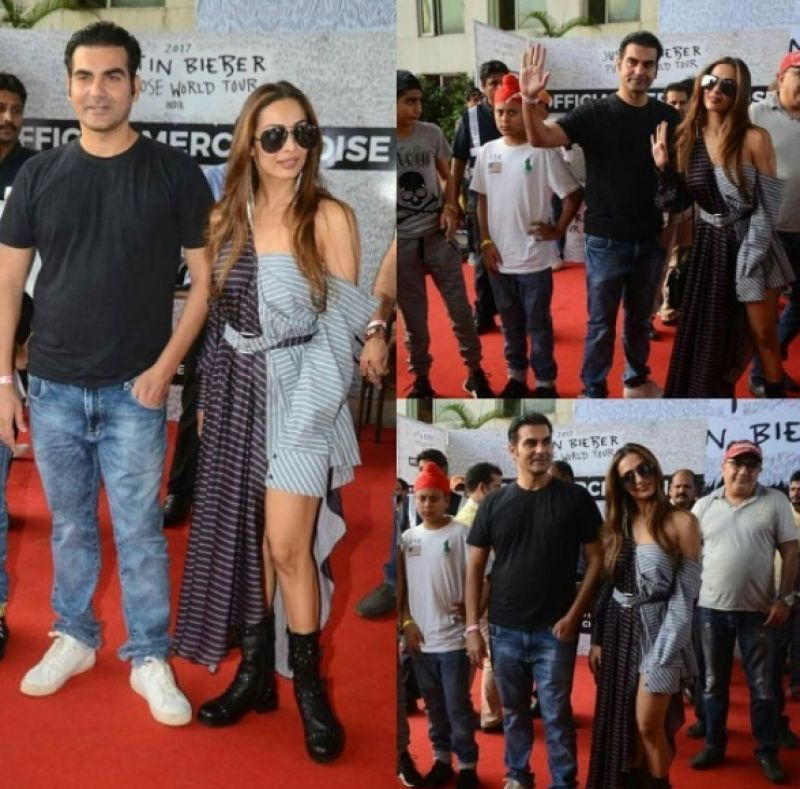 In an earlier interview with a daily, Arbaaz, when asked about the possibility of patch-up with the model-actress, had said, “If it was meant to be, it would have been fine by now.”

But, things changed thereafter. The former couple went separate ways after the concert got over.

From being a family to going different ways. Quick change of heart?