Sushant takes his rumoured ladylove Kriti for a drive in his new Maserati!

Mumbai: Sushant Singh Rajput, who is quite an auto buff, recently gifted himself a brand new Maserati Quattroporte.

The 'MS Dhoni' actor, showed off his blue Maserati on Instagram with an inspirational tagline that said, "I've been playing with the miniature model of this car since I was a kid. It was about time to own the beast. Who's up for a drive.??"

Here's the picture Sushant shared on his official Instagram page: 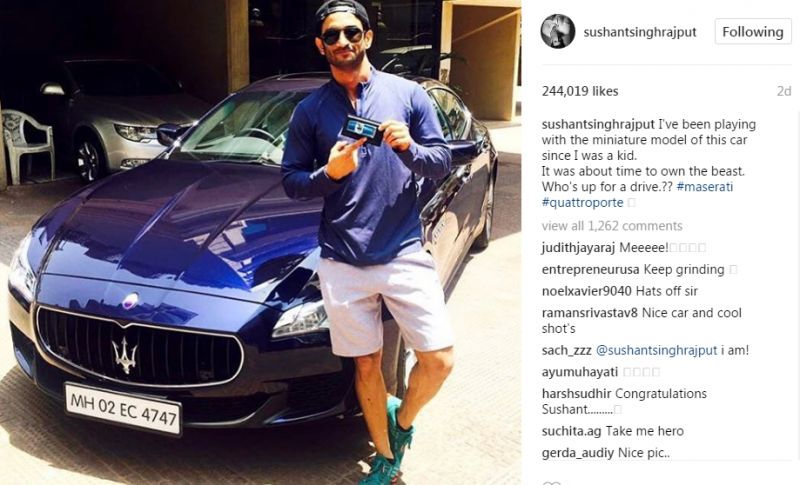 According to our source, the possessor of this luxurious automobile took actress Kriti Sanon on a long drive; who is also rumoured to be dating the actor.

An eyewitness said, "Sushant Singh Rajput was seen driving Kriti in his new Maserati in the lanes of Bandra, today evening."

Well, does this put an end to all the speculations regarding their relationship?

Kriti will be seen alongside Sushant in the film 'Raabta', which is scheduled for a June 09 release.