Dilip Kumar says he is doing fine, thanks fans

The post was accompanied by pictures of him receiving the award.

Mumbai: Veteran actor Dilip Kumar says he doing fine now and has thanked his fans for being by his side.

There were rumours that the 94-year-old star was not keeping well and earlier this month the legendary actor's wife Saira Banu took to his official Twitter account to give an update on his health.

"God's grace and your prayers with me. I am much better. Slight discomfort and an irritating back pain (sic)," the latest tweet on Kumar's Twitter handle reads.

The actor also thanked Punjab Association for honouring him with a lifetime achievement award.

"God is kind. Humbled at receiving the Living Legend Lifetime Award from Punjab Association this afternoon," he wrote.

The post was accompanied by pictures of him receiving the award. 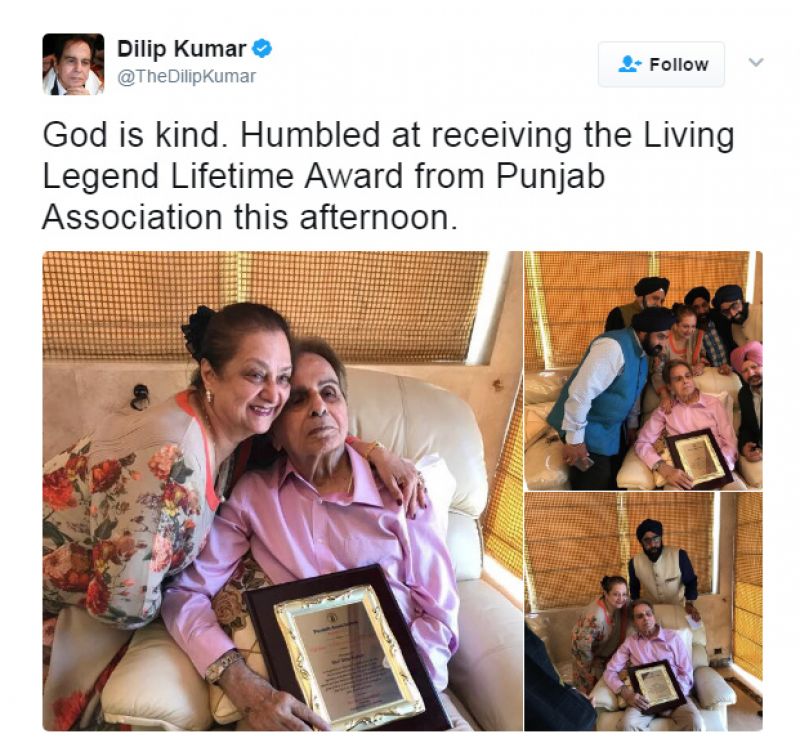 On his return to the micro-blogging site, Kumar also shared a mural painted by artist Asid Farooqui.

"So much love from Asif Farooqui. Thank you for this beautiful wall mural on Hill Road in Bandra. God bless you," he wrote. 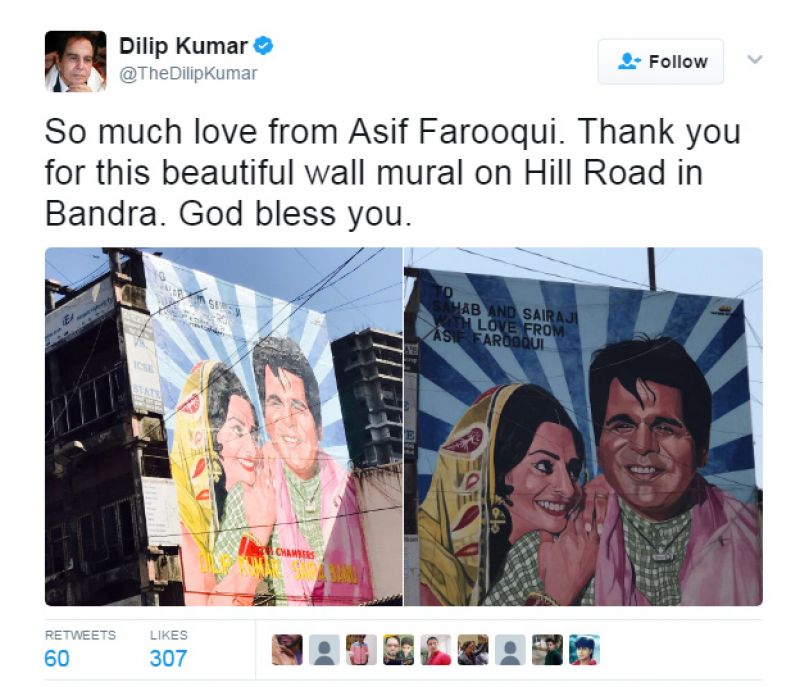 The mural is a still from the actor's 1970 movie ‘Gopi,’ which also starred Saira.

The thespian has been honoured with the Dadasaheb Phalke award in 1994 and the Padma Vibhushan in 2015 for his contribution to the Indian cinema.

The Pakistan government also honoured him with its highest civilian honour - Nishan-e-Imtiaz - in 1997.