Inside pics: Salman, Karisma, Karan, Malaika, others have a ball at bash

Some of the pictures of the bash shared on Instagram.

Mumbai: The Khan family is known for their parties and there was one such star-studded and lavish bash for Sohail Khan's wife Seema's birthday held in Bandra late Thursday.

The Kapoor sisters and the Arora sisters, Karisma and Kareena and Malaika and Amrita, who regularly party and hang out together, also came out with Kareena missing from the action this time.

Among the best pictures, were the selfie between ‘Judwaa’ pair Salman and Karishma and a picture of the three Khans, Sanjay Kapoor and Bobby. 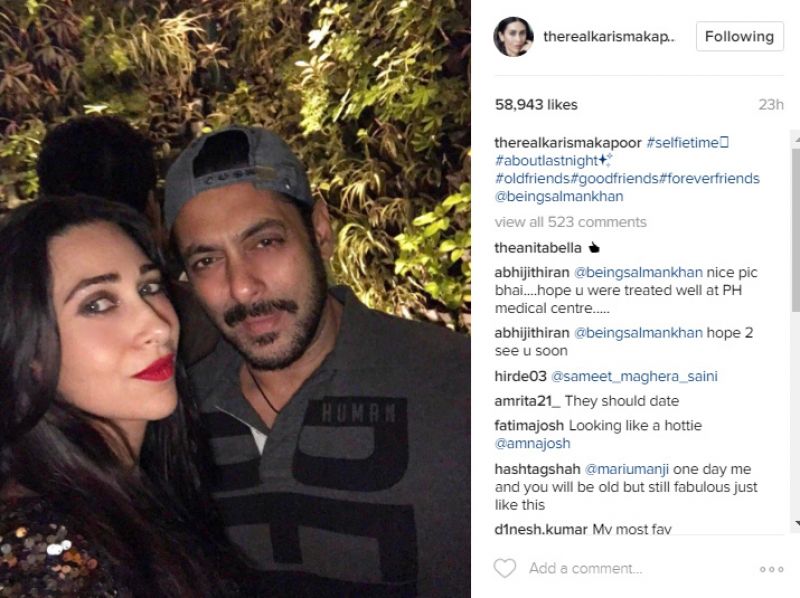 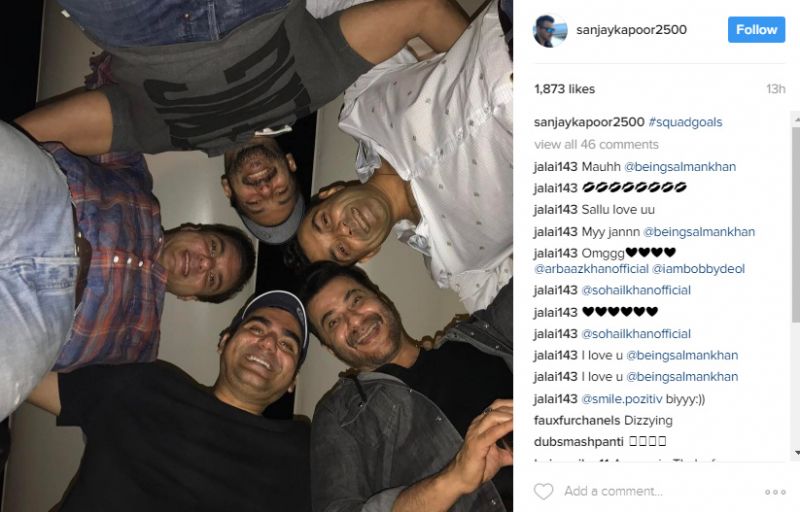 Some of the other pictures at the bash: 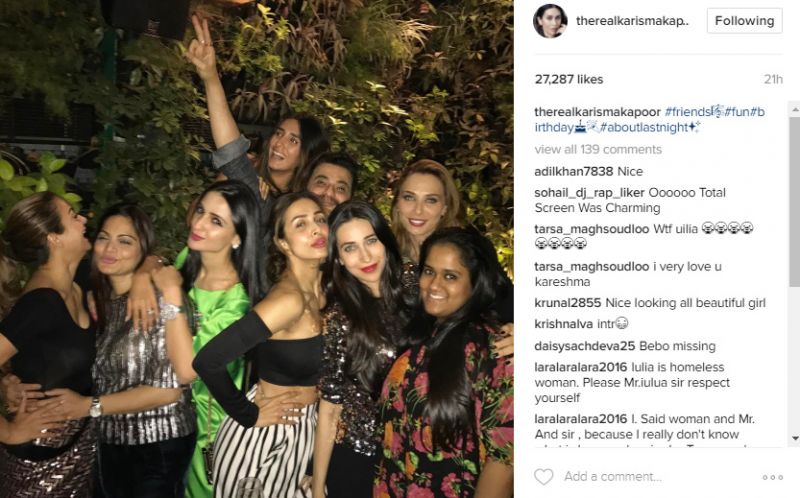 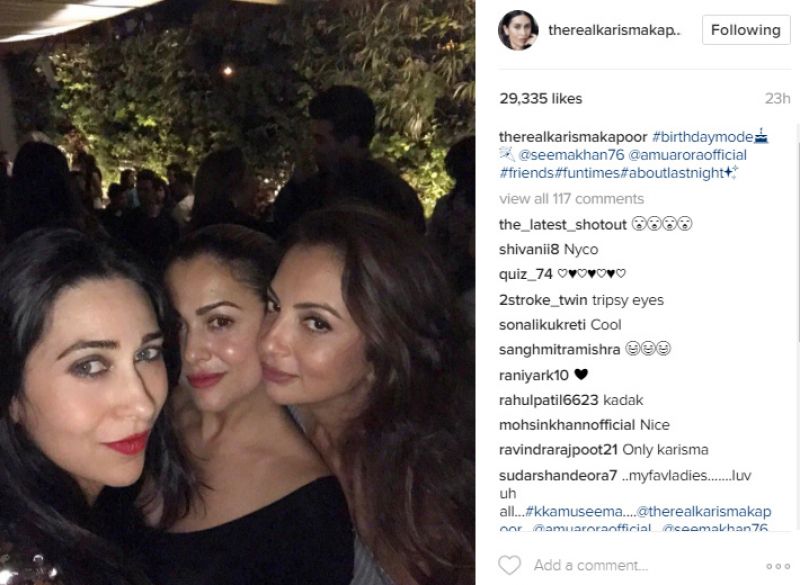 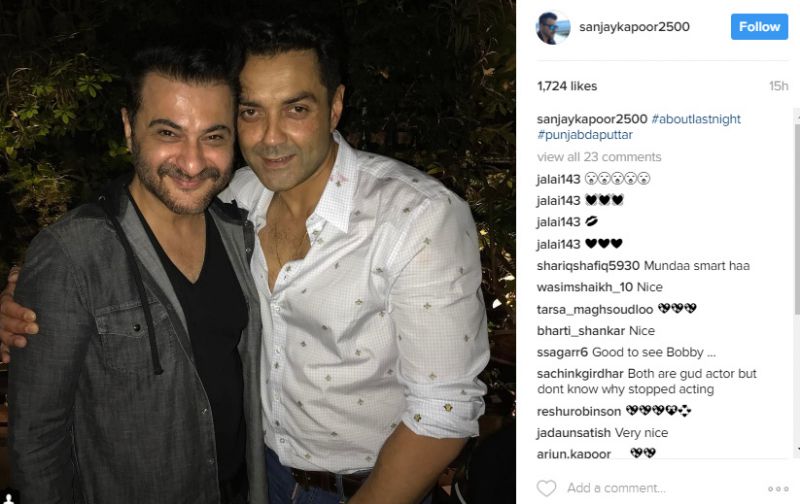 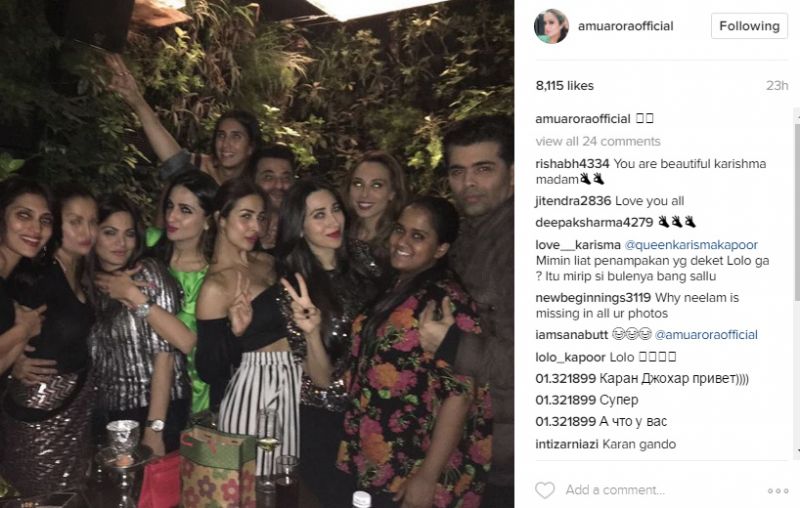 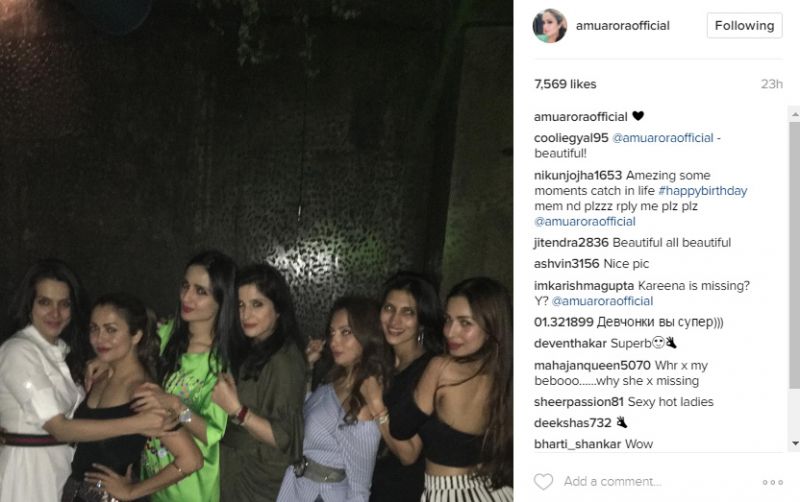 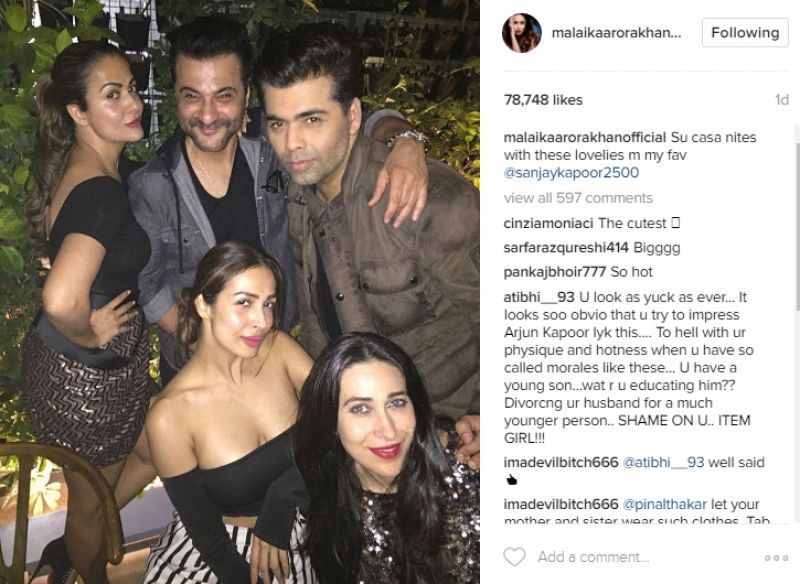 Several other stars like Sonakshi Sinha, Dino Morea, Helen among others, who were not a part of these pictures, were also snapped arriving for the bash.