Cinematographer K.U. Mohanan is on cloud nine. His latest project Raees featuring Shah Rukh Khan has fared well at the box office. For him, it is worth the salt. “The movie is produced by team Excel Entertainment with whom I have worked before. When they got the script, they called me and asked me to go through it. It was later I met director Rahul Dholakia. I knew he was a good filmmaker from his previous films and was excited after discussing the script with him. It was a realistic script. And, Rahul’s idea was to portray the spirit of the 70s in a contemporary setting.” He goes down the memory lane.

Raees took almost two years to complete and it was indeed a challenging task for the team. Although they began the location scouting at the old Ahmedabad city in Gujarat, they had to move to Mumbai later on. “It is a kind of period movie that begins in the 60s and concludes in the 90s. Hence, we went to the Old Ahmedabad city and to some nearby remote areas. But, it was difficult to shoot in Ahmedabad. The lanes were narrow, a kind of labyrinth. You could get lost in that space. Also, it was difficult to pull off the shoot in such a place with a superstar like Shah Rukh Khan. So, we erected a set in the Mumbai Film City taking references from the buildings we saw there,” says Mohanan.

Although they made the set to measure, the big challenge was to capture it rightly. “Making the set look like a real space was the challenge for me and production designers. We have tried to make it as realistic as possible,” adds Mohanan, whom Shah Rukh called a ‘genius’ in an interview. “I think that is a little too much,” smiles Mohanan. “I try hard to make things look good. But I don’t think I am a genius. He called me so perhaps because I am quiet on the sets and seeing the output of my work.” Mohanan shares a good rapport with the actor. He has worked with him for three movies and many advertisements.  “He is a wonderful person,” says Mohanan. “He doesn’t have the air of a superstar. He is genuinely a nice person. He never shows the tantrums of a superstar. I think that middle-class vibe is still there with him. He has not forgotten the path he travelled.” 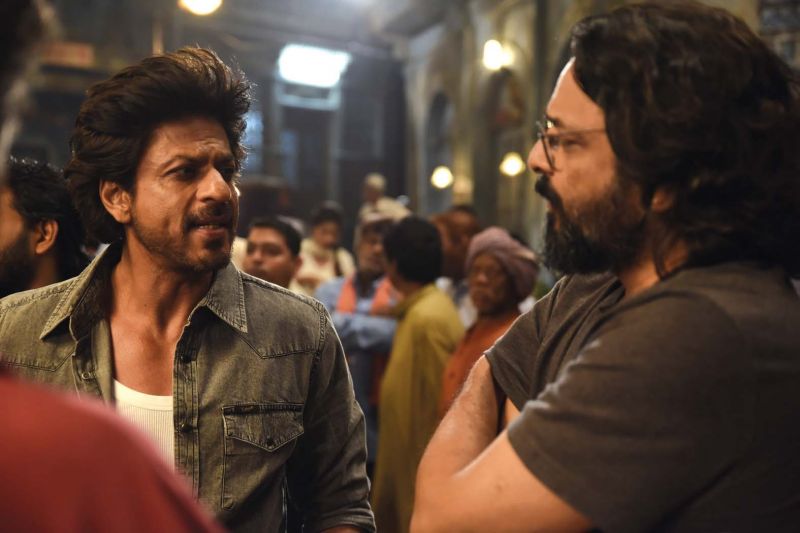 Shahrukh and Mohanan during the shooting of Raees

Don was Mohanan’s first movie with Shah Rukh. “I really enjoyed working with him because he is a cooperative person. Since then we had that rapport of a cinematographer and an actor. Later, we worked together for commercials, which boosted the relationship. Then Raees happened after many years. Now, I am doing my third film with him.” Mohanan’s entry into Bollywood was quite unexpected. He would like to put it like this. “I did my studies in Payyannur. I used to watch a lot of world movies screened at the film societies and I think that instilled in me a passion for cinema and photography. After studies, I didn’t want to go for a regular job like everyone. I wanted to do something artistic. One could call it an immature decision,” he smiles.

“Then, one of my friends suggested that I try film institute. I passed in the test and the interview and got into the institute. Thus, I came into the world of cinema. After the course, I somehow landed in Bombay. I didn’t know anyone in the Malayalam film industry that time. For some time, I worked in documentaries and short films. I have been active in the advertising industry since 2000. Although I have done a few films in between, Don gave me the break. I think Farhan (of Excel Entertainment) noticed my commercials. He called me and asked me to be a part of Don.” Mohanan chose Don for a few reasons. First, he is a hardcore Amitabh Bachchan fan and Shah Rukh’s Don was a remake of Amitabh’s 1978 film of the same title.

“As a kid, I used to watch all Amitabh films although I didn’t understand Hindi much. When I heard about Don, I was fascinated.” Then, Shah Rukh was there. Also, Mohanan wanted to know whether he could do a commercial movie. “For me, whatever the nature of a movie, it should be well-made. I really like Malayalam movies. They are beautiful,” says Mohanan and assures that he would come to Mollywood soon. So far, he has done only a promo song for the movie Ezhu Sundara Rathrikal in Malayalam. “That was produced by Prakash Varma, a good friend of mine. We have been doing advertisements together for a long time. Hence, I came down to do that. But, I will be doing something in Malayalam soon. It’s high time,” he signs off.