The advertisement that featured in a leading newspaper in America.

Mumbai: In the history of the final campaign for Oscars, producer Harry Weinstein, in his signature style, discusses the burning socio-economic issue of travel ban.

Weinstein has made a bold move right before the Oscars to take a dig at Donald Trump and his recent Executive Order of banning immigrants from entering the United States. The Harry Weinstein Company, producer of the film LION starring Dev Patel, Nicole Kidman and 8-year-old Sunny Pawar in pivotal roles, is one of the front runners this year with 6 Oscar nominations, winners of which will be announced at the ceremony slated to take place on February 26.

In an advertisement with a leading newspaper in America, Harry’s company talks about how difficult it was to get child actor of Indian-origin Sunny Pawar to America.

The ad read,"It took an extraordinary effort to get the 8-year-old Sunny Pawar a visa so that he could come to America for the very first time. Next year, that might not be an option". 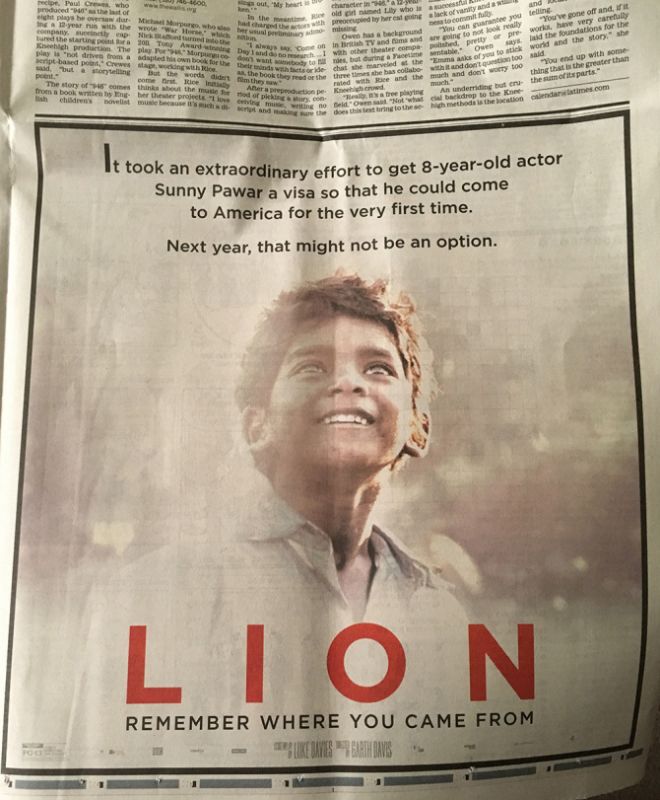 In the meanwhile the film has just had a wider release in the US and is slated to release in India on February 24.

Rishi’s health a cause for concern

New couple on the scene