Shah Rukh Khan spotted on the sets of ‘Zero’; but where are Katrina and Anushka?

Mumbai: After being in the news for leaving his kids to the airport a few days back, Shah Rukh Khan is back to business. The actor was spotted on the sets of his upcoming film ‘Zero’ which is directed by Aanand L. Rai.

SRK was spotted on the sets being his usual humble self in a chequered shirt and black denims. Here’s an image of him from the sets: 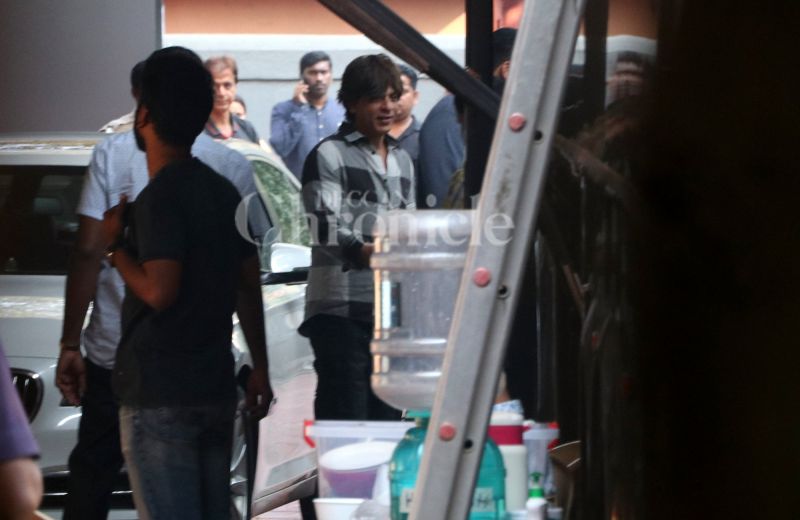 Shah Rukh Khan on the sets of 'Zero'.

But surprisingly Katrina Kaif and Anushka Sharma were nowhere to be seen. Shah Rukh had decorated Anushka’s van with flowers some days back, but it looks like the actress is now busy promoting her March release ‘Pari’, the teaser and poster of which released on Wednesday.

Katrina, who is riding high on ‘Tiger Zinda Hai’ success, has only given interviews where she spoke about ‘Zero’, but the actress hasn’t yet been spotted on the sets.