Anurag Kashyap has promised he'll make film with me as protagonist: Ravi Kishan

Mumbai: Often known as a ‘Bhojpuri star, or for his popular catchphrase ‘Zindagi jhandwa, phir bhi ghamandwa' (life sucks, yet arrogance), Ravi Kishan has shown he is much more than that in his 25-year career. Be it films in various languages like Tamil, Telugu, Kannada, English, or doing TV, singing or his political stint, Ravi has done it all.

After working with some of the most acclaimed filmmakers of the country like Mani Ratnam, Shyam Benegal, among others, Ravi has now added popular  director Anurag Kashyap to the elite list with his upcoming ‘Mukkabaaz’.

Ravi talks about the film, his career and politics in an exclusive interview with Deccan Chronicle. Excerpts:

Tell us something about 'Mukkabaaz' and your role.

In ‘Mukaabaaz’, I’m playing a coach, who wanted to become a boxer, but because of the system and the local mafia, I couldn’t make it. So I push all my energies and what all I have learnt in Vineet Singh’s character, the man of the film. Anurag Kashyap has portrayed this story beautifully.

Don’t you feel there’s some similarity to ‘Dangal’? Someone who couldn’t make it and how he tries to achieve it through others?

No, this is different. This is basically not a sports film, but a love story story of Vineet and Zoya Hussain's characters. Boxing is definitely a backdrop, but it’s primarily a small-town love story.

Your voiceover is used for the song ‘Paintra’. Has it been retained in the film and tell us about your experience recording it?

The credit for the voiceover goes to Anurag Kashyap. He wanted me to record it, as he liked my voice. And then Divine and others worked on it, and the way it has turned out, everybody has been loving it, thank god. 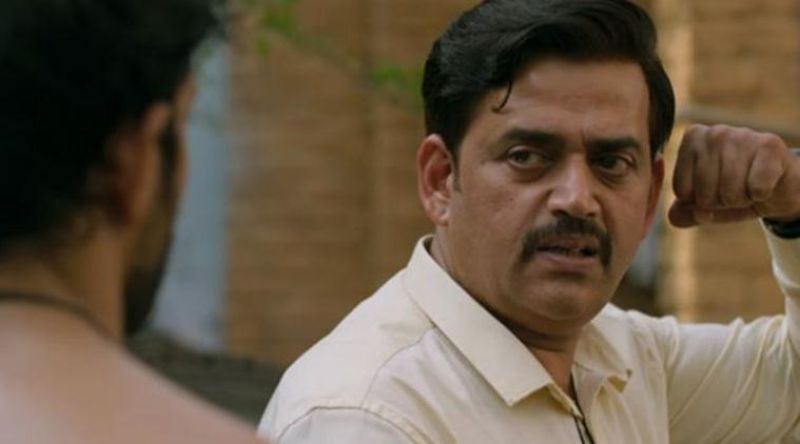 You have worked with so many prominent directors like Mani Ratnam, Shyam Benegal and now Anurag Kashyap? So how different is he from the other directors?

Anurag lets you explore, gives you a lot of space and range as an actor to perform. He’ll just tell you what he wants you to do and accordingly, he’ll fix the camera, that is the beauty about him. So you’re very comfortable with him as an actor.

How do you feel about your journey in the industry, having worked with so many big directors in the course of your career?

I feel very lucky for these 500 films in 25 years, in so many languages and I have really enjoyed my journey.

You play a coach in the film, so how did you prepare for it? Did you have inclination towards sports since childhood?

Yes, sports was always there, not boxing, but Karate and Martial Arts. I enjoyed boxing also. We had gone for the training, Vineet especially had to gone through very tough training.

You’ve worked in Bhojpuri, Hindi and South languages? So working in which industry do you enjoy the most and felt the most satisfied with?

All, wherever there’s a lovely camera, good script, director and co-actors, I’m very comfortable, be it a budget of two crores or 200 crores.

In Bhojpuri films, you are the star, but in films like ‘Mukkabaaz’, you play a significant character and not the hero? How do you look at it?

But Anurag has now promised that he will make a film with me as the main protagonist.

People are very happy with the way things are going on. Mr. Modi, our Prime Minister, he’s doing such a great job, the entire world is looking up to us and feel our country can grow. Mr. Yogi is doing so well in Uttar Pradesh. People feel that the party will stay in power for a long time.

Coming back to ‘Mukkabaaz’, what made you say yes to the film and why should audiences go and watch the film?

I said yes because of Anurag Kashyap. About the film, there is no abusive language, first time for Anurag. Families should go and watch as it's a lesson for parents to encourage their children into sports. People are pushing their kids only into cricket, but that’s not the only sport. Look at USA and China, how many gold and silver medals they win, more than 70-80 and why India never gets. We are just happy with one bronze or one gold medal. That’s what needs to change.