Director Tanuja Chandra has always been a good story teller, be it a revenge saga Dushman or a spine chilling thriller of a transgender Sangharsh. For the first time, she tries hands on a light hearted tale of two middle aged strangers which is worth your ticket price.

Viyogi (Irrfan Khan), 40 year old poet meets 35 year old widow Jaya (Parvathy) on a dating site. After a couple of coffee sessions, the two decide to go on a trip to Rishikesh, Jaipur and Sikkim. In the meantime, the two develop feelings for each other but the two also have plans to meet their exes on their way. Will Viyogi finally meets the right girl in Jaya? 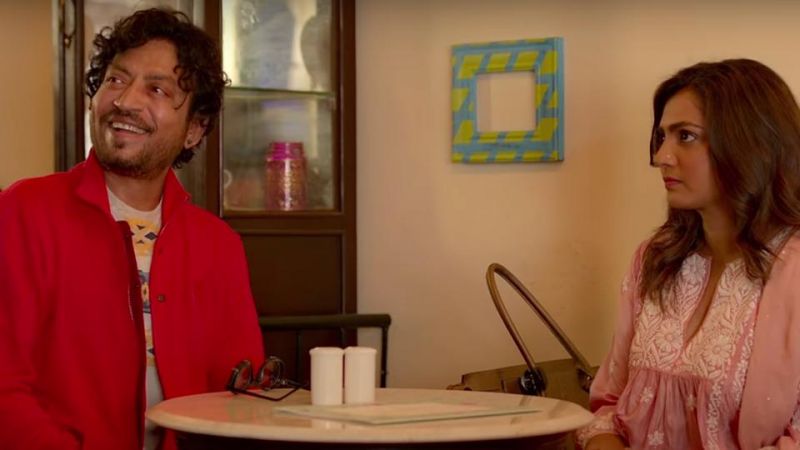 Two individuals, their journey and a symbolic ending, it is refreshing to see such a story in today's time. Director Tanuja Chandra brings out the best from the two middle aged people and their issues that are real and relevant. However, the second half is little dragged where plot takes a back seat but with funny one liners, it is a lot easier to sit through the climax. The film also have glimpses of Jab We Met and Anjana Anjaani where two people meet and their journey begins.

Parvathy is too good as a workaholic, shy and asexual woman. She highlights the issues of a working modern woman with finesse who tries hard to get an action. Irrfan is brilliant as a flamboyant and a flirt poet. The interesting part of the film is their awkward chemistry throughout. Neha Dhupia, Isha Sherwani and Luke Kenny look good as their respective exes.

Overall, Qarib Qarib Singlle is funny and vibrant with not a dull moment except for one or two. Watch it for a clean old school romance.

■Deepika Padukone-Irrfan Khan's new film will start in January
■Irrfan Khan wants to join a dating App
■It’s good to have a friendly relationship with your kids: Irrfan Khan
■'It gives me happiness when I see Deepika': Irrfan Khan on reuniting with her
■Shaadi Main Zaroor Aana movie review: Every bit a stretched television soap
■Aval movie review: A well made horror flick not to be missed
■Ittefaq movie review: True to its genre

Irrfan Khan, Gauhar Khan, Siddharth and others snapped at the movie screenings