Rekha is Bollywood's most sumptuous and mysterious leading ladies.

Mumbai: One of the living legends of Bollywood, Rekha turns 63 today. The enchantress still wows her audience with her ageless beauty and graceful presence. The diva dominated Hindi cinema for decades with her charismatic persona, her mysterious relationships and her immense popularity among fans. On the occasion of her birthday we bring you 5 interesting facts about Rekha’s life.

Bhanurekha Ganesan, or as we know her, Rekha, is the daughter of Tamil actor Gemini Ganesan, and Telugu actress, Pushpavalli. Her father did not marry Pushpavalli, and also did not acknowledge his paternity when she was still a kid. She has a sister, one half-brother and five half-sisters, none of them were close to her. Rekha never thought of becoming an actress but the poor financial status of the family forced her to work in the industry. Initially after doing B and C grade Telugu films, the actress forayed into Hindi cinema to claim the success. 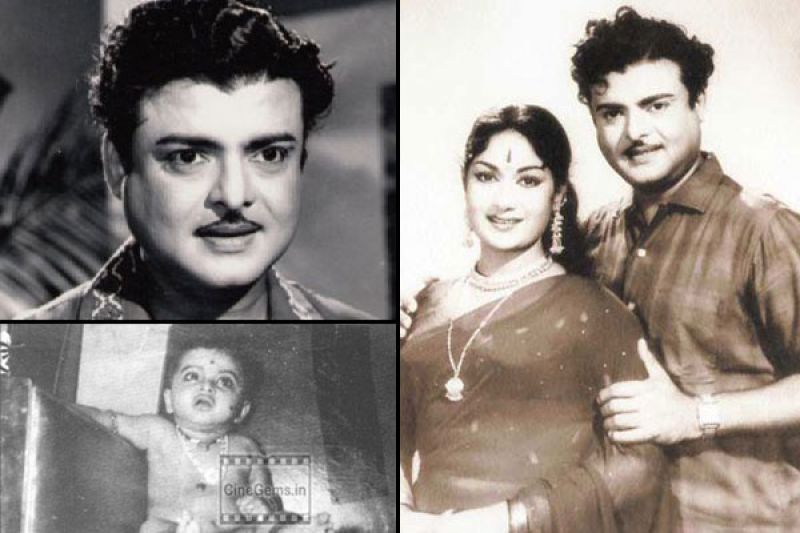 Childhood picture of Rekha and her parents.

The ‘Ugly’ Initial Phase in Bollywood

Although Rekha was quite a known face in South Indian film industry, she had to face lot of rejections in Bollywood because of her unconventional beauty. Many had called her ugly duckling because of the skin complexion and refused to give her chance in films. During this period, Rekha used to struggle a lot communicating with co-workers due to her poor Hindi. The actress decided to took some time out and concentrated only on herself, and re-entered into Bollywood with ‘Do Anjaane’ in 1976 with a stunning transformation of personality. 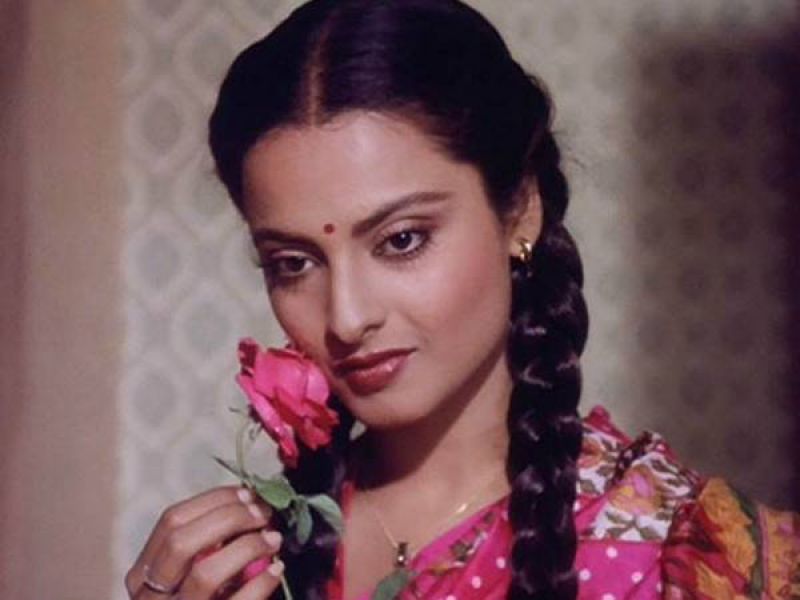 Beautiful Rekha in the still from one of her films.

As Rekha’s Bollywood career started flourishing, the rumours of link-up with her co-stars started spreading. Bollywood stars like Raj Babbar, Vinod Mehra were said having a relationship with beautiful Rekha. Even during her later years of her career, the actress was linked with young stars like Sanjay Dutt and Akshay Kumar. Rekha has also been linked with her manager Farzana. And of course, her legendary affair with mega star Amitabh Bachchan still attracts media and fans alike. After the demise of her husband, Rekha did not marry again. People even say that the Sindoor and Mangalsutra (a sign of Hindu married woman) that Rekha wears are out of her deep love for Amitabh Bachchan. The two has never admitted their relationship. 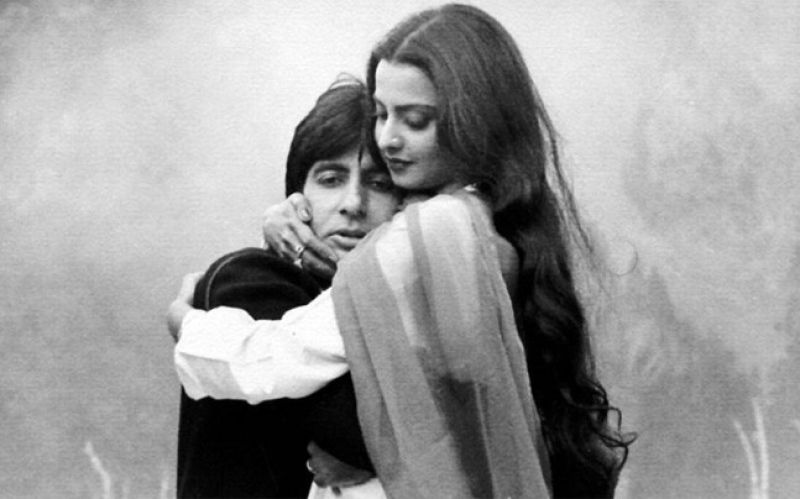 Her Failed Marriage with Mukesh Aggarwal in 1990

In 1990, Rekha married industrialist Mukesh Aggarwal at a temple in Juhu, Mumbai. Unfortunately, Mukesh committed suicide within a year of his marriage with Rekha. Rumours were that he could not endure the strong equation between Amitabh and Rekha. Rekha was in America when her husband committed suicide. This incident deeply affected Rekha which resulted into moving to her current Bandra house and forever aloofness. Her dead husband ousted her out of his will but left a note saying, ‘don’t blame anyone’. 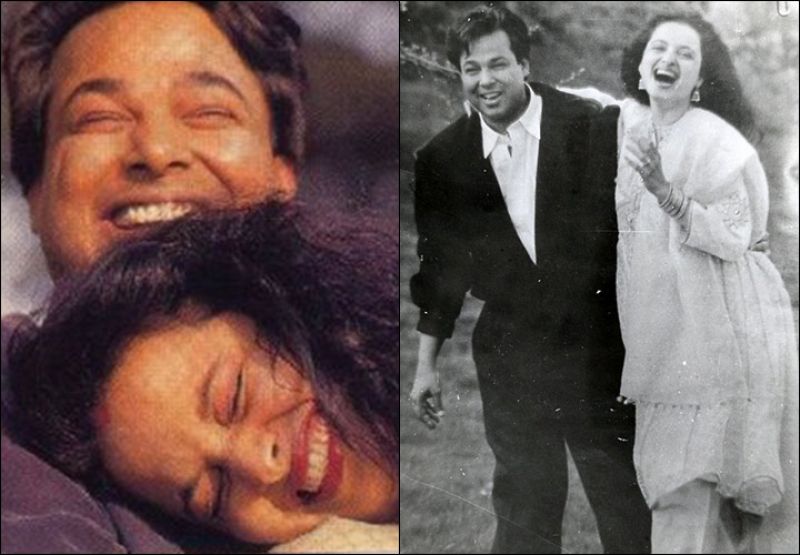 Rekha during the happy times with her husband Mukesh Aggarwal.

Rekha calls God "the world's greatest artist", and considers him a constant companion.  In her interview with Anupama Chopra, she said:

”I am open to the cosmos, not just people but every leaf, every molecule and every blade of grass. I am renewing my energy and reinventing myself. My soul is being soothed and nurtured everyday. I am looking for only one thing: knowledge. My calling in life is to be not just a provider or wife or mother. My calling is to be a true fellow human being. I am not alone. I am every woman and, may I add, I am every man too.”

Here’s we wishing a Happy Birthday to one iconic personality of Hindi Cinema.