'Mirzya' gets leaked, Twitterati unite in getting the print pulled down

Mumbai: At a time when the entire industry is plagued in the major dilemma that online piracy is, one more film has been affected by it.

Films like 'Udta Punjab,' 'Great Grand Masti,' and 'Sairat' had to face the dark after-effects of piracy, with their censor copies leaking.

Rakeysh Omprakash Mehra's 'Mirzya' got leaked on YouTube within mere days of its release.

The film, a modern day reinterpretation of the cult Punjabi folklore, 'Mirza Sahibaan,' has been scripted by Gulzar. 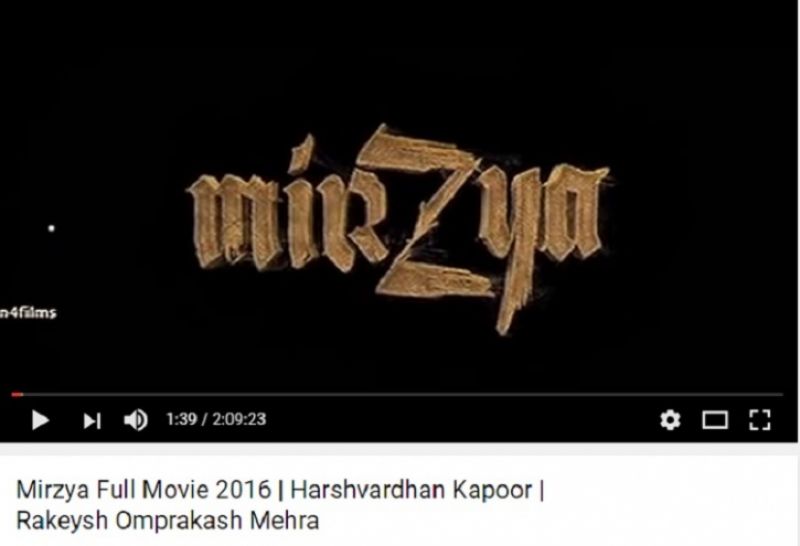 However, much to the luck of the makers, conscientious Twitterati immediately started giving them a heads up. 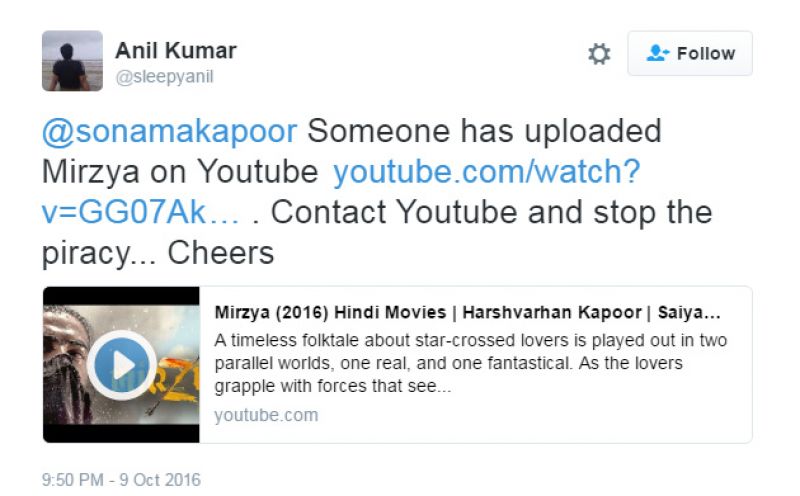 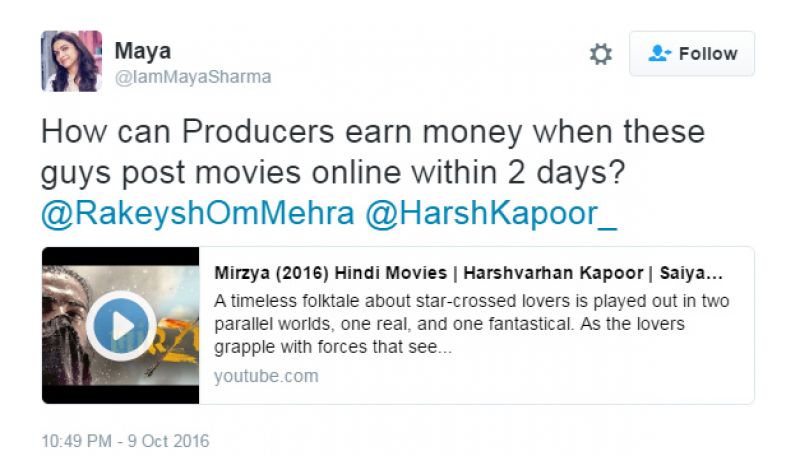 The makers paid heed at once and soon enough, the film was pulled down and the uploader, rightfully barred.

That's quite the way forward for our movies and our ethical, content consumers.