They have dressed three generations of the Bachchan family — Amitabh, Jaya, Abhishek, Shweta and granddaughter Nvya Naveli over their 33-year-long journey. They have reached such a coveted position that they have never tried to court the most sought after member of the Bachchan family Aishwarya Rai, who allegedly prefers Bollywood dreamboat Manish Malhotra and Sabyasachi Mukherjee.

Shweta has been the poster girl for the brand, but many wondered why the predictable show stopper, like most times, wasn’t seen on the runway this year! Was it because she now has her own label with Monisha Jaising? 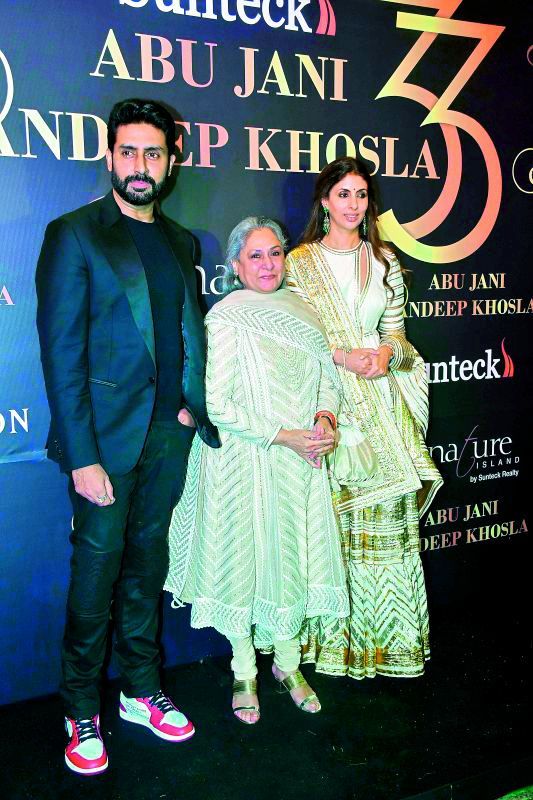 The ball is up in the air on this one — but the Bachchan family was present in full swing. Amitabh even gave Meezan, Javed Jaffrey son, who also walked the ramp, a tight hug in a show of support of his granddaughter’s alleged love interest.

Deepika Padukone was the preferred one this year, considering how she has become a beacon of light for the film industry, marrying a loveable superstar, several hit films, a burgeoning bank balance, launching an NGO, foraying Hollywood, she seemed like the perfect lighthouse. That’s why her ghagra was aptly called ‘The Circle of Life’! 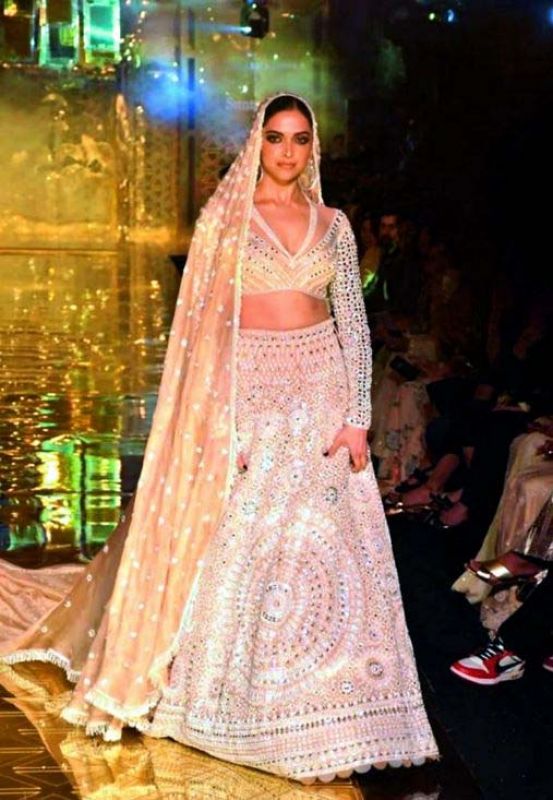 The show had all the makings of a blockbuster — neon, holographics, Natasha Poonawala in a sari with a rather sensuous blouse accompanied by billionaire husband Adar, of Serum Institute of India as well as Abu-Sandeep’s long time muse Sonali Bendre and Waheeda Rahman, and a wide representation from the Ambani family. Shloka Ambani, the new daughter-in-law to Kokilaben Ambani and also Ambani’s niece Isheta Salgaoncar were present.

The Khanna sisters, Twinkle and Rinkie, and mom Dimple, are special clients for the mavericks.

The duo also launched their menswear line Mard, inspired by masculinity and also Amitabh Bachchan’s 1985 film by the same name. The sheer pieces, Baroque bejeweled accents were a breath of fresh air in the otherwise static menswear space. The pearl braids in the hair, pearl studded footwear and the colour blocked eye makeup with matching sequins created timeless elegance.

“No one can do chikankari as effortlessly as us, though lots of people have tried, we are the best,” Sandeep Khosla declared to me, after the show. And that is true, Dabiri and Patine have both embroidered musings but none as clean and precise as AJSK much like their gotta-patti and pin tucks.