The daughter of actor Chunky Pandey, Ananya Pandey, who just made her Bollywood debut with Karan Johar’s Student of the Year 2, is among the next generation of star kids with several childhood friends belonging to the industry. It comes as no surprise then that Ananya lists Shanaya (Sanjay and Maheep Kapoor's daughter) and Suhana (Shah Rukh Khan and Gauri's daughter) as her closest friends.

Interestingly though, she reveals that she was friends with Aryan Khan even before Suhana was born. “I was friends with Aryan first, so I have known Suhana since the time she was born. As we grew up, we became thick pals,” she shares.
Ananya says that she always loved acting right from her childhood. “We would usually play teacher-teacher. I would also act like my mother while Suhana would act like Gauri auntie,” she says with a smile. 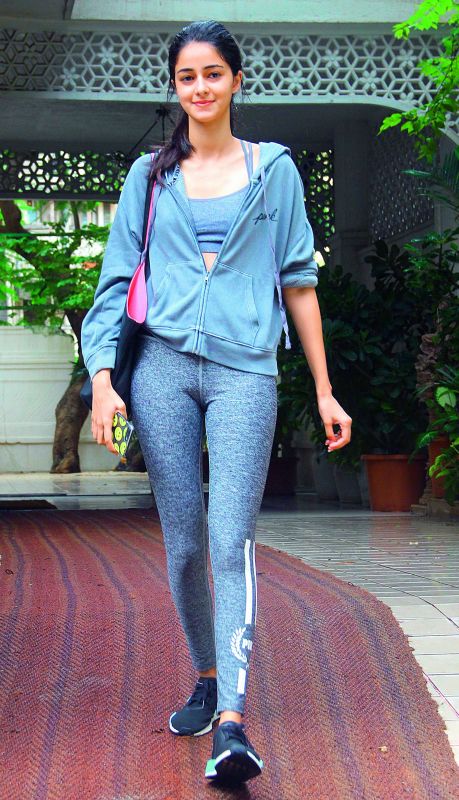 Apparently, the three friends share a group titled Charlie’s Angels. “We usually share links and chat through this group. In fact, I informed them about my debut film only after the trailer launch. Suhana congratulated me and promptly watched the trailer on YouTube,” she says.

Justifying the title of their group, Ananya adds, “We love to watch movies, and we loved Charlie’s Angels as well since it featured three girlfriends. So we thought the title was apt.”

Ananya recalls working as an assistant on Shah Rukh-starrer Raees even though she admits that he is like her ‘second dad’. “To watch Shah Rukh sir work in front of the camera was an enjoyable feeling. The one thing I learned from him is that whenever you are saying a dialogue, you need to bring variations and depth to it. Every line is important and needs to be presented properly,” says the young actress.