Ananya Panday opens up about what keeps her real on social media!

Mumbai: In the new age of social media, the internet witnesses the race of celebrities to put forth their best, however, the young starlet Ananya Panday who makes her debut next month with Student of the Year 2 maintains a simple profile and prefers being real.

Recently Ananya Panday graced her first ever magazine cover and in no time her cover broke the internet with her simply gorgeous looks and inimitable style.

Even before her first release, Ananya Panday revealing her foray into the world of the magazines, the debutant shared her views on being real on social media. 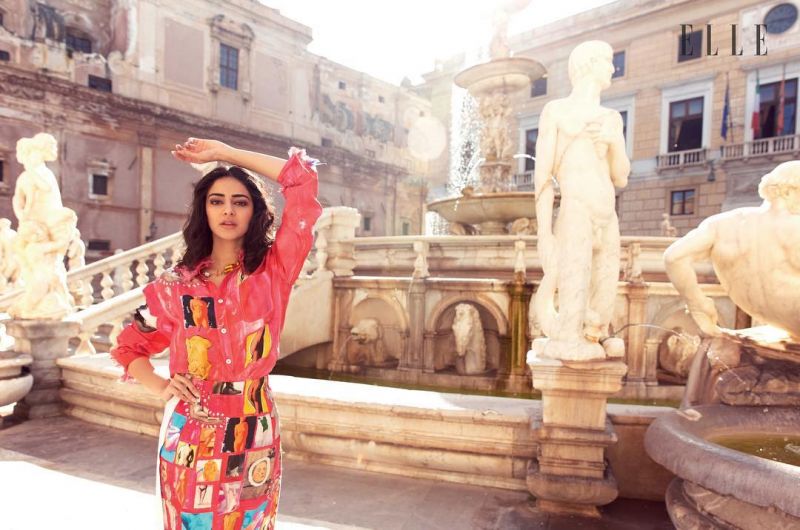 Talking about the same aspiring debutant shared, "I've not really spoken on Instagram so far, which I’m going to start doing once my film comes out. I didn’t want to overexpose myself before that because I’m waiting for people to see it. Once it hits theatres, I’m not holding back at all. I am just going to be talking to my followers about oh, I did this today, or I felt that, so people get to know me more as a person. It’s great that I have these followers but now I want them to go watch my movie."

Before releasing the cover, the Magzine gave the audience a small sneak peek into the cover by releasing a picture which doesn't show Ananya's full face.

The actress has amassed a huge fan following even before stepping her feet in Bollywood and has earned the title of ‘Teen Obsession’. A regular amongst the paparazzi the social media sensation has generated immense buzz ahead of her first release.

Banking upon her popularity, brands have already started lining up before the Ananya even making her one of the most sought after name in the masses. Emerging as the youngest brand ambassador of a leading cosmetic brand Elle India’s next magazine cover star has bagged multiple endorsements even before her silver screen debut.