Choose your words wisely: Sunny Leone on RGV’s controversial tweet on her

The actress chose a very few words to express her feelings on the same.

She recently posted a video on her Twitter handle, saying, "Hey everyone! I read all the news today and I believe that change only happens when we have one voice, so choose your words wisely."

"Change only happens when we have one voice, so let's choose your words wisely! Peace and love!!" Sunny captioned it. 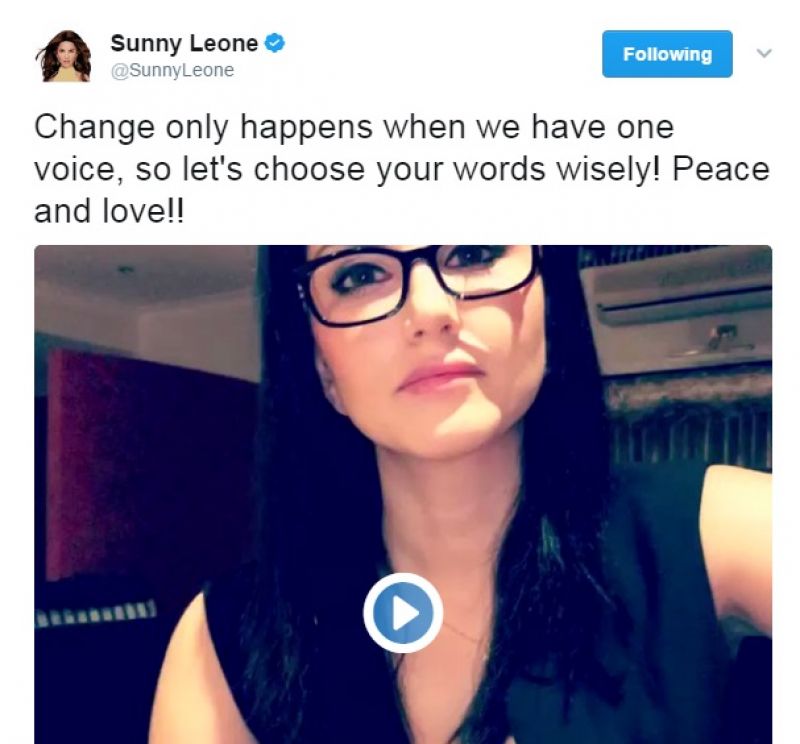 Change only happens when we have one voice, so let's choose your words wisely! Peace and love!! pic.twitter.com/B3SSX3fgaN

For the unversed, the whole controversy started on International Women's Day, when RGV took to Twitter to make some sexist and misogynistic remarks, specially targeting Sunny Leone in one.

"I wish all the women in the world give men as much happiness as Sunny Leone gives," his tweet read.

This tweet, as expected, did not go down well with the Twitter users, who suggested that he must say this to his mother and daughters as well.

After his series of controversial tweets, Film Studio Setting and Allied Mazdoor Union, with 52,000 members, decided to boycott the ' Sarkar' helmer.

Ranragini, which has affiliation to Hindu Janajagruti Samiti, filed a complaint with Mapusa police, with its local office-bearer Vishakha Mhambare demanding that Varma be booked under Cyber laws and section 292 of IPC.

The director later apologised to "those who genuinely got offended."

He took to his Twitter handle to say, "Was just expressing my feelings but I apologise to all who were offended due to my unintended insensitive tweets in context of women's day."

"My apology is only to those who genuinely got offended and not to those who ranted for publicity nd threatened to take law into their hands," he added.