Snapped: Shah Rukh and Aamir party in Dubai, without Salman for company

Mumbai: How often do we get to see two of the Khan triumvirates of Bollywood, Aamir Khan and Shah Rukh Khan under the same roof?

Well it’s happened and the picture is every fan’s ultimate dream.

The two were in Dubai on Thursday night, to attend entrepreneur Ajay Bijli’s birthday bash.

The two stars, dressed in white, bonded amiably and spent a lot of time together. 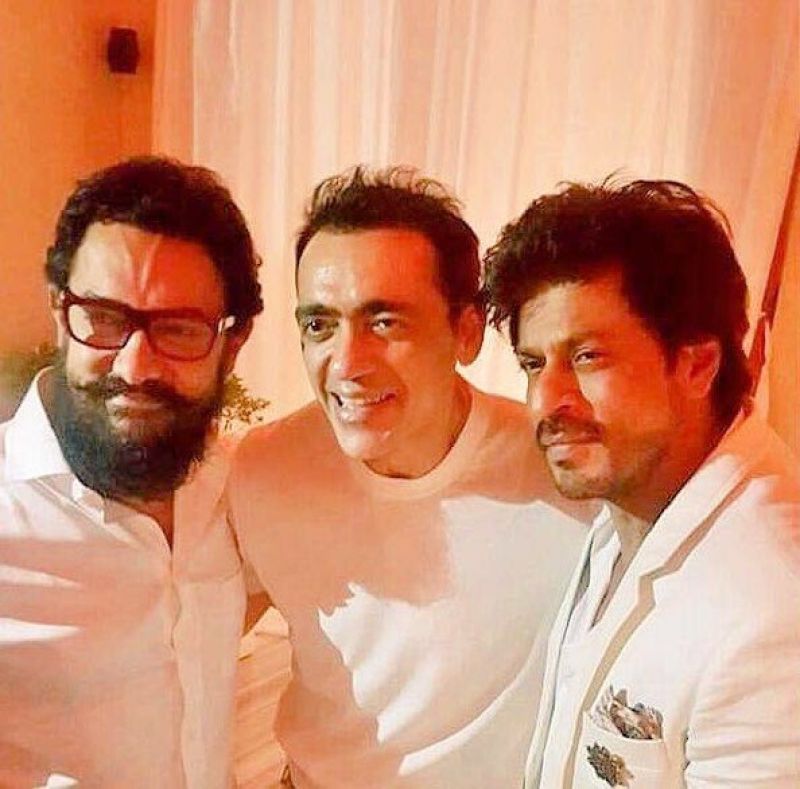 Aamir will next be seen in a quirky extended cameo, in his home production, 'Secret Superstar'. However, the actor had been spending months to perfect the look of his highly anticipated Vijay Krishna Acharya directorial, 'Thugs of Hindostan,' where he will be seen alongside Bollywood legend Amitabh Bachchan for the very first time.

Shah Rukh, on the other hand, will be seen alongside Anushka Sharma in Imtiaz Ali's untitled next, and in a quirky cameo in Salman's upcoming Eid release, 'Tubelight'.

While makers have been trying hard to unite the three Khans on a film, the endeavour has largely remained unsuccessful.

All the average fan can do is keep their fingers crossed, and hope for the best.