Revealed! Here is Aamir Khan's much guarded look from Thugs of Hindostan

Aamir was last seen in the all-time blockbuster 'Dangal'.

Mumbai:  Aamir Khan is known to experiment with his looks and physique for his roles, which he often chooses with great scrutiny.

The actor had accumulated kilograms aplenty for his most recent blockbuster, 'Dangal,' receiving terrific critical acclaim.

Aamir will next be seen in a quirky extended cameo, in his home production, 'Secret Superstar'. However, the actor had been spending months to perfect the look of his highly anticipated Vijay Krishna Acharya directorial, 'Thugs of Hindostan,' where he will be seen alongside Bollywood legend Amitabh Bachchan for the very first time.

And now, his first look from the film is out, and Aamir is borderline unrecognisable. 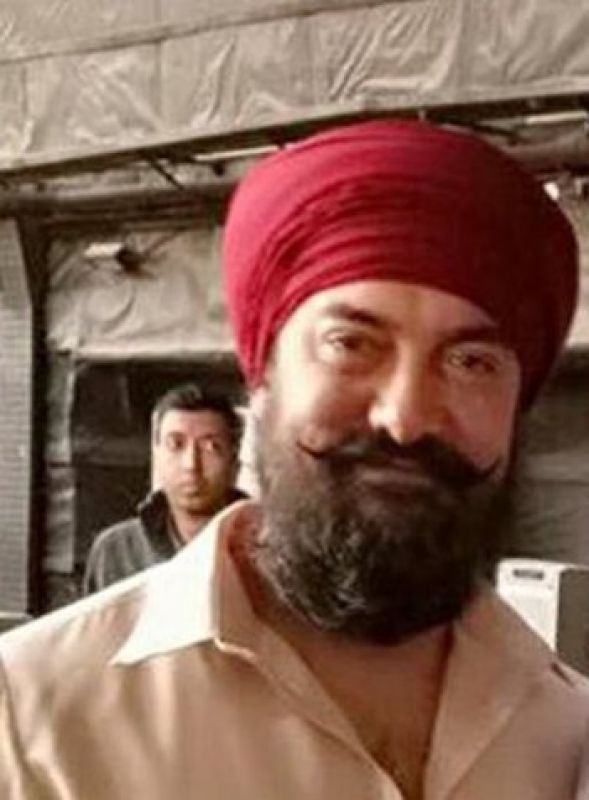 The actor can be seen sporting a dense Northern beard, flanked by a turban- the look that had been synonymous with Thugees of the 19th century.

The film, incidentally, is based on the book 'Confessions of a Thug,' written by Philip Meadows Taylor, back in 1839.

■Shraddha Kapoor finalised for Aamir-Big B starrer Thugs of Hindostan?
■SS Rajamouli to cast Rajinikanth, Mohanlal and Aamir Khan in Mahabharat?
■After Aamir and Ranbir, Shahid to beef up for his period drama Padmavati