Starring Vivek Oberoi in the eponymous role, the poster of the film was launched on Monday with great fanfare by Chief Minister of Maharashtra Devendra Fadnavis.

From Thackeray to The Accidental Prime Minister, this year’s slate of films includes multiple political biopics. And the latest to jump the bandwagon is Omung Kumar with his film on the Prime Minister of India titled Narendra Modi.

Starring Vivek Oberoi in the eponymous role, the poster of the film was launched on Monday with great fanfare by Chief Minister of Maharashtra Devendra Fadnavis. But the moment the first look was released, social media bared its fangs and turned savage. From wishing for Salman Khan’s cameo to generation employment, there was no dearth of memes and jokes on Vivek Oberoi. Former CM of Jammu and Kashmir Omar Abdullah took a dig and wrote on his Twitter handle, “Life is unfair. Dr Manmohan Singh got someone of the calibre of Anupam Kher. Poor Modi ji has to settle for Vivek Oberoi. Salman Khan hota toh kya maza aata.” 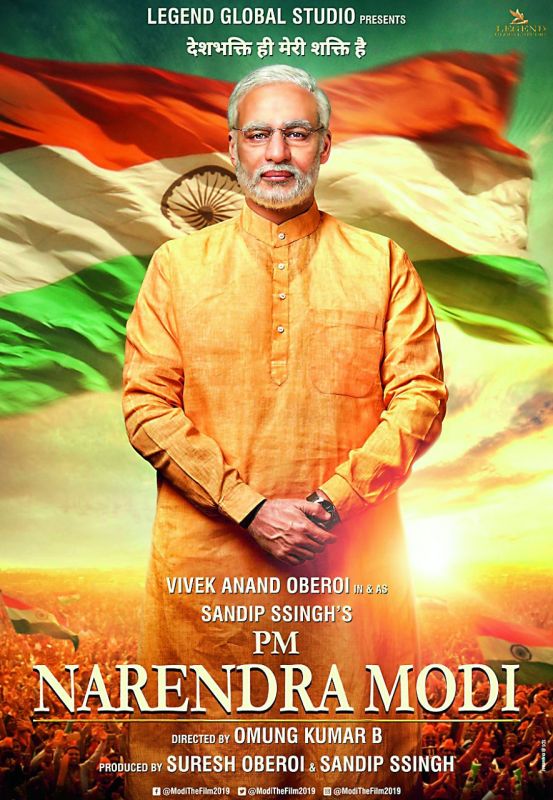 The one BJP voice that spoke up vehemently against the casting of Vivek Anand Oberoi as PM Modi was Shatrughan Sinha. Spluttering with outraged laughter Shatrughan Sinha commented acerbically, “It’s a free world and anyone can play anyone on screen. Koi rok-tok nahin hai. Tomorrow Rakhi Sawant can decide to play Mrs Sonia Gandhi. Who can stop her? So why not Vivek Oberoi as PM Modi? For that matter, even Vivek’s father Suresh Oberoi can play the PM.” As for Vivek grabbing the opportunity, he sighs, “Such bad days have come that we’ve to see Oberoi as PM Modi. What is done is done. We just have to see how this project shapes up. Has it been approved by the PM? I don’t think so.”

All this while, veteran actor Paresh Rawal was in news to play Modi in the biopic but before his film went on floors, the poster of this one was launched. However, Paresh sent his good wishes and luck to Vivek Oberoi.

However, Vivek Oberoi’s father Suresh Oberoi is proud of his son’s film. “I loved his look as he has worked really hard for it.” When questioned about the backlash the poster has received he said: “Everybody has their own point of view in the world... I don’t look at anything negatively... it is their opinion. As a father, I have always been proud of him and he is here today because of his hard work and not luck.”