The film, apart from having Nawazuddin Siddiqui in a pivotal role, also stars Pakistani actress Mahira Khan as the female lead.

According to a distributor who covers Chattisgarh, the Shiv Sena wing has sent across a threatening letter, warning them of consequences if they are to go ahead with the release. 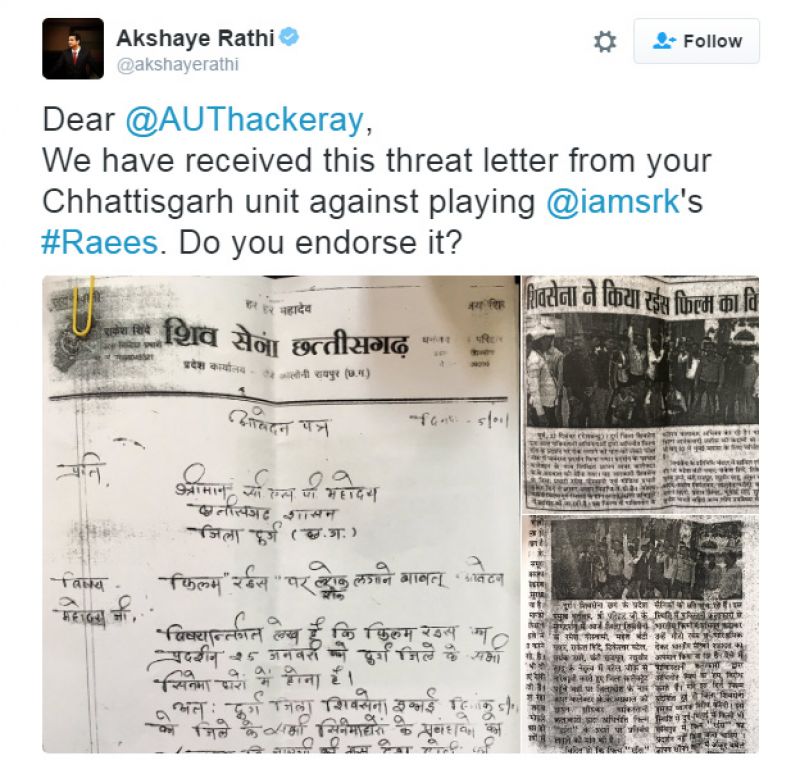 The distributor has been trying to bring the issue to the notice of the Sena youth wing president Uddhav Thackeray on Twitter.

The letter stuns with its anarchist tone, quite reminiscent of the party's regular misdemeanours across the city. 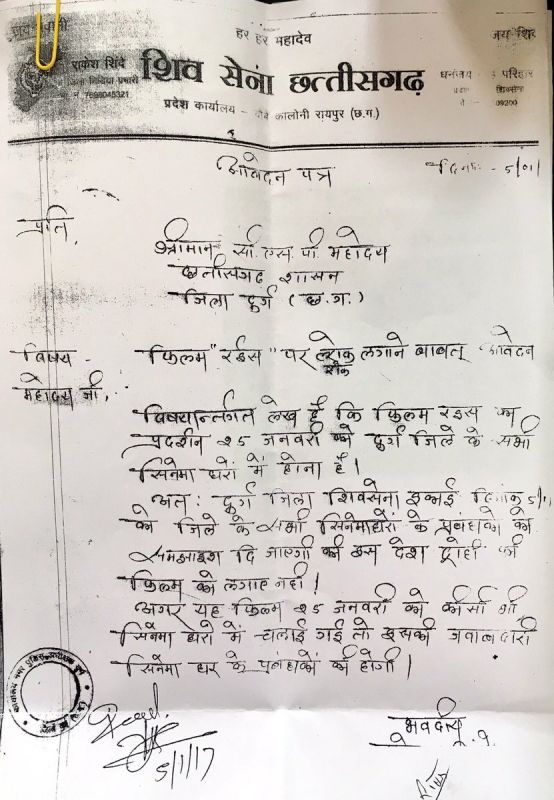 Not one to lose hope, the distributor persisted in his efforts to bring the issue to Aditya's notice.

Despite repeated efforts from the side of the distributor, Aditya, however has decided to stay mum.

Even Shah Rukh Khan has refrained from responding to this new conundrum, 'Raees' might find it difficult to have a smooth release after all.

The film, apart from having Nawazuddin Siddiqui in a pivotal role, also stars Pakistani actress Mahira Khan as the female lead.