Mumbai: Ever since Katrina Kaif made her debut on social media, the actress has been setting the Internet on fire with her breathtaking pictures. Recently, Katrina was all over news for her sizzling bikini pictures from Maldives where she was shooting for a magazine's bridal collection.

And now the actress has shared yet another new picture which is a part of her underwater photoshoot. Donning a nude coloured bikini, Katrina looks mesmerizing as ever. The picture has a soothing serene vibe to it which one cannot miss.

The actress shared the picture with her fans on Facebook with caption, "There is a beautiful serenity about underwater shots.." 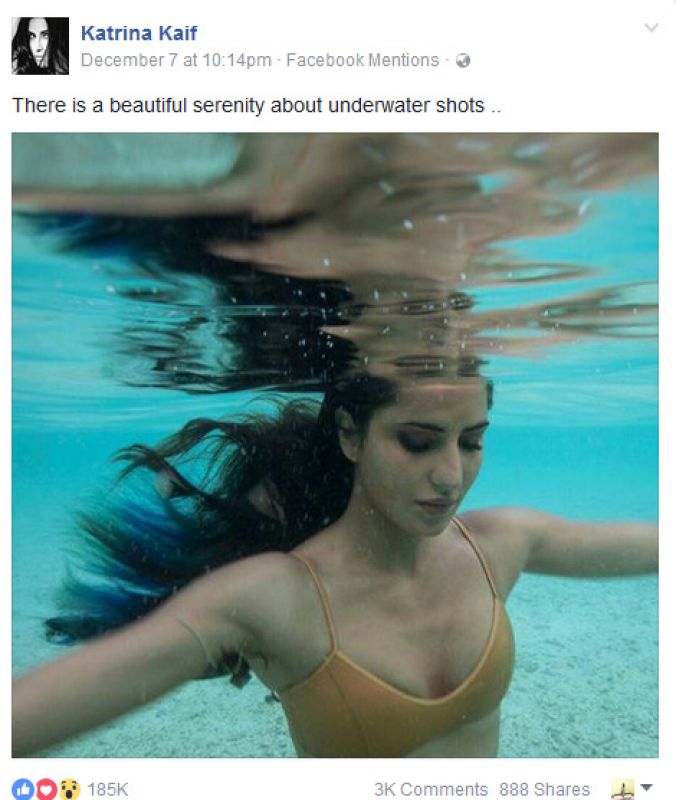 On work front, the actress will be next seen in Anurag Basu's 'Jagga Jasoos' which also stars her ex beau Ranbir Kapoor.