Mumbai: Deepika Padukone, who recently returned to India from Ahoy Rotterdam after attending MTV Europe Music Awards 2016, has already started working on a new project and no, we are not talking about Sanjay Leela Bhansali's magnum 'Padmavati'.

We got our hands on pictures where we see the actress shooting for a secret project. Deepika was snapped by our shutterbug today shooting for a mysterious untitled project in Dharavi, Mumbai.

While we are not sure if the actress is shooting for some campaign or an advertisement, the entire mystery surrounding Deepika's look seems quite intriguing and appealing. We surely can't wait for the project to be out. 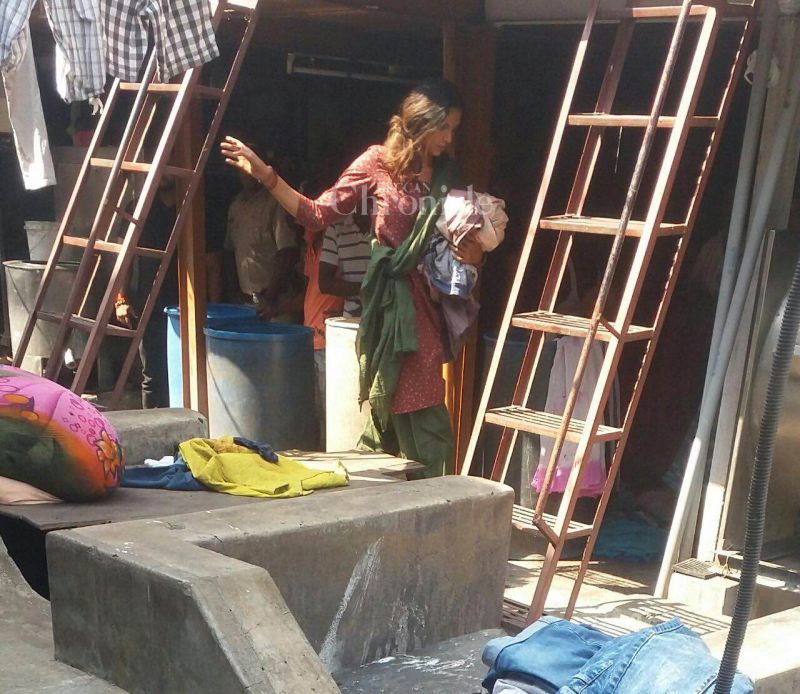