Demonetisation: 'Hats off,' lauds Rajini, Modi thanks him, other celebs

New Delhi: The decision to scrap Rs 500 and Rs 1000 currency notes was taken to create a "corruption-free" India, Prime Minister Narendra Modi said today as a number of personalities from film and other fraternities welcomed the step.

"This step was taken in the interest of our honest citizens who deserve a better India," Modi said on Twitter in response to southern star Kamal Hasan who said, "This move has to be celebrated across political party lines. Most importantly by earnest tax payers". 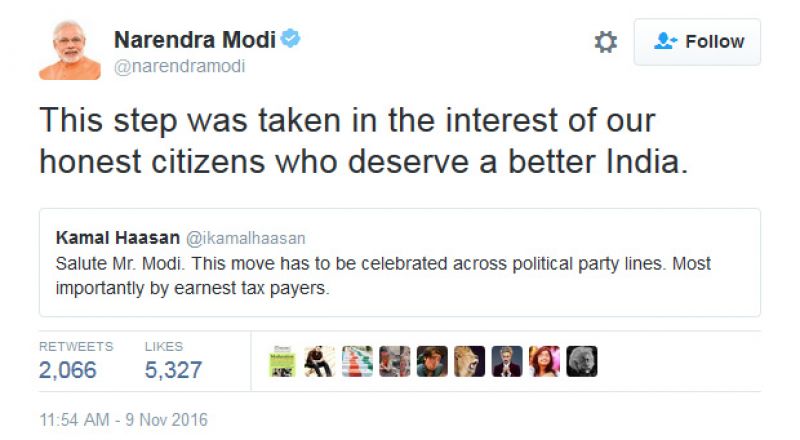 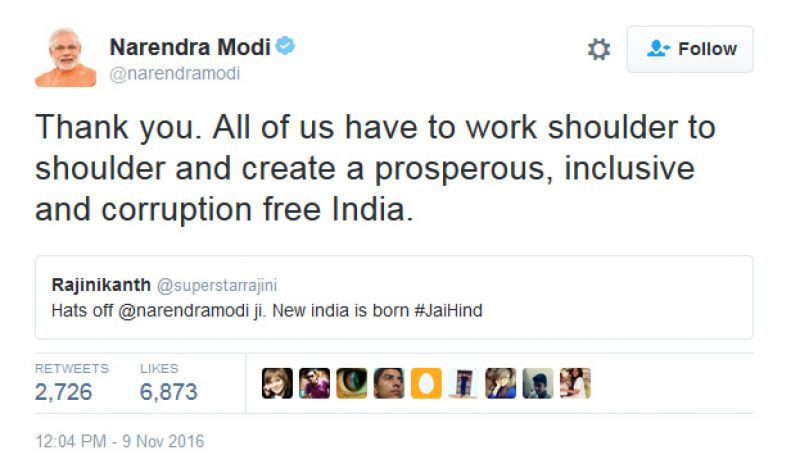 "Corrupt practices and black money have to be eliminated and that is when we will scale new heights of progress," the Prime Minister said in response to Sufi singer Kailash Kher's tweet that "This is a historical day in the history of mankind. Our Nation Bharat will soon be at par with developed countries @narendramodi GodBlessYoU".

Film maker Karan Johar said in a tweet, "This is truly a masterstroke move!!!! @narendramodi hits it out of the stadium!!!!

Thanking Karan Johar, the Prime Minister said, "Thanks @karanjohar. We must create an India that is corruption free for our future generations. #IndiaFightsCorruption". 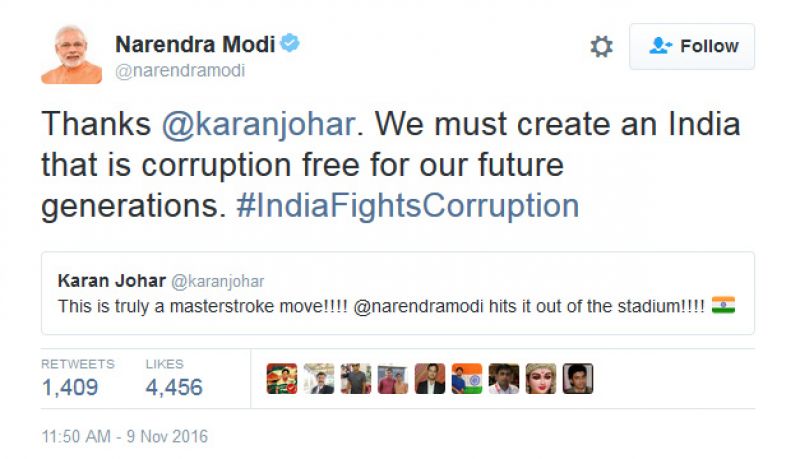 Film actor Nagarjuna congratulated the Prime Minister for "rewarding us tax payers/india on the way to become a super economy".

"This step will check corruption, black money and fake currency rackets that slow our progress," the Prime Minister said in his response. 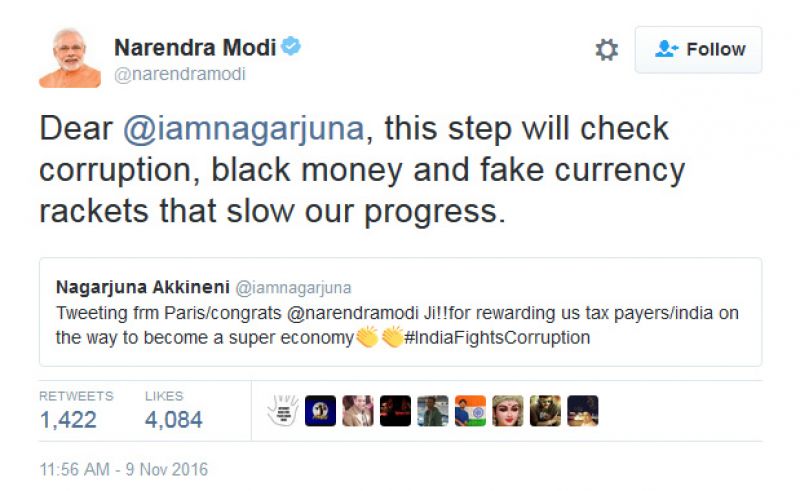 On cricketer Anil Kumble's comment that "Massive googly bowled by our Hon. PM @narendramodi today. Well done Sir! Proud of you!!," Modi said, "This coming from one of India? most admired cricketers, whose bowling caught many batsmen by surprise".

The Prime Minister said, "All of us have to work shoulder to shoulder and create a prosperous, inclusive and corruption free India". 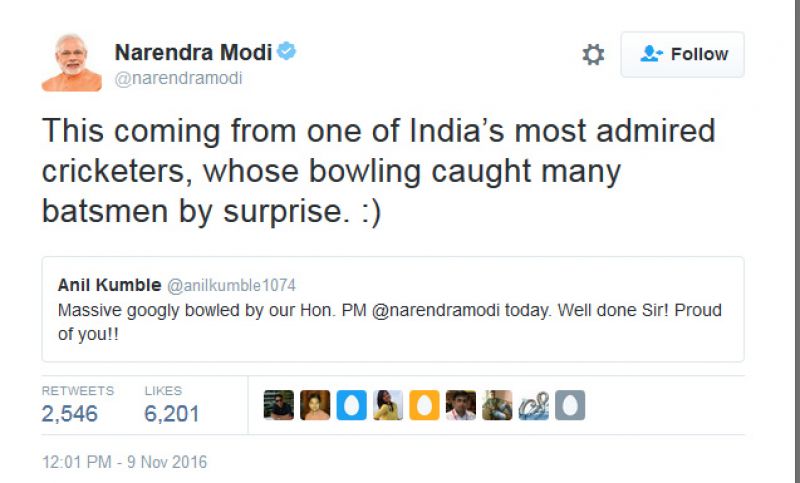 Modi last night announced that high denomination notes of Rs 500 and Rs 1000 will no longer be legal tender to fight against black money and corruption.