Arjun Kapoor is all set to collaborate with filmmaker Ashutosh Gowariker on Panipat, a period drama based on the third battle of Panipat of 1761.

Talking about the project, the actor says, “It’s my first film with Ashutosh, and what an exciting film it is. I can’t wait to kick-start this project.”

Panipat tells the tale of one of the most epic battles fought in Indian history between the northern expeditionary force of the Maratha empire and the invading forces of the king of Afghanistan, and so it comes as no surprise that it’s expected to be a high-octane action film. 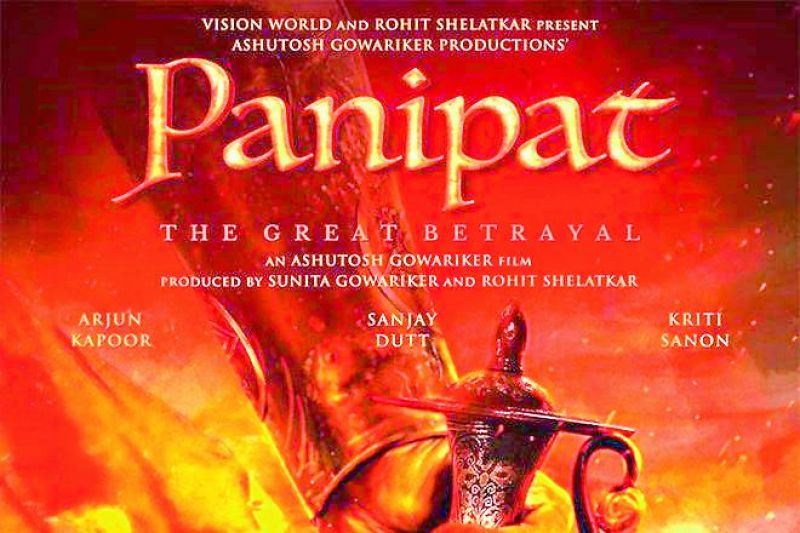 A poster of the film Panipat.

“It’s an action film with an emotional thrust. It’s based on a real battle that defined the history of India, and it involves the Mughals, the Marathas, the Afghans, and the Peshwas. It’s an exciting space to get into, and who better to make a period film other than Ashutosh?” Arjun says, adding, “I have a month to go before I begin shooting.

Panipat will be produced by Sunita Gowariker under the AGPPL banner, in association with Vision World. Kriti Sanon has been cast as the female lead, and Ashutosh is currently in the process of finalising the rest of the cast and crew.
Meanwhile, Arjun is busy promoting his upcoming film, Namaste England.