SRK and Anushka busy themselves with 'The Ring' shoot in Budapest

Prior to the Budapest schedule, the crew had been shooting in Prague, Amsterdam and Lisbon. (Pic courtesy: @manishkumarfilms, @srkmalaysiacfc and @vasif_siddiqui)

Mumbai: 'The Ring' is amongst the most awaited films in recent times owing to it being an amalgam of numerous firsts.

SRK and Anushka have been globetrotting for the Imtiaz Ali helmed film's schedules and the stills from the sets have been nothing short of exciting.

The crew has currently been shooting in the beautiful Hungarian city, Budapest. 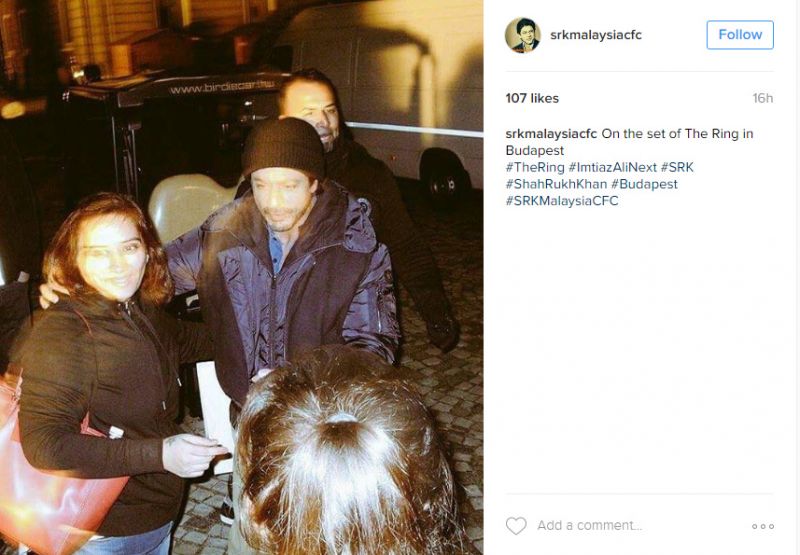 Prior to the Budapest schedule, the crew had been shooting in Prague, Amsterdam and Lisbon.

Shah Rukh Khan will be seen playing a tourist guide in the film, touted to be a romantic drama. 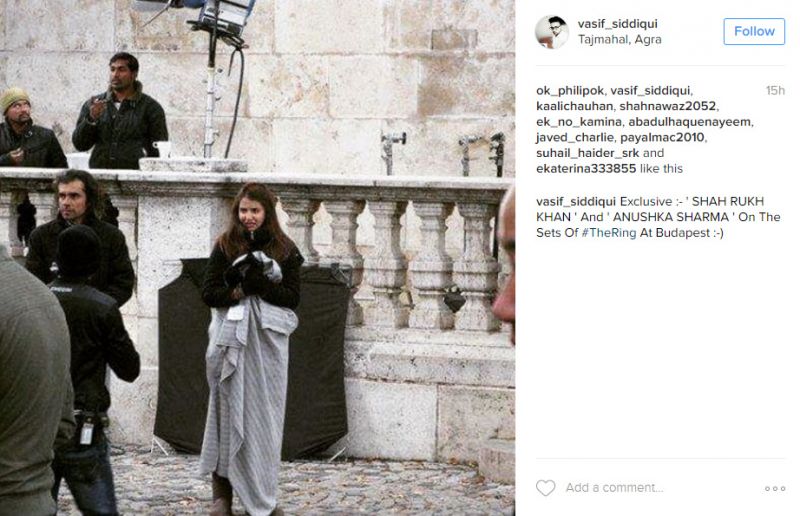 Anushka, on the other hand, will be seen as a touring Gujarati girl. 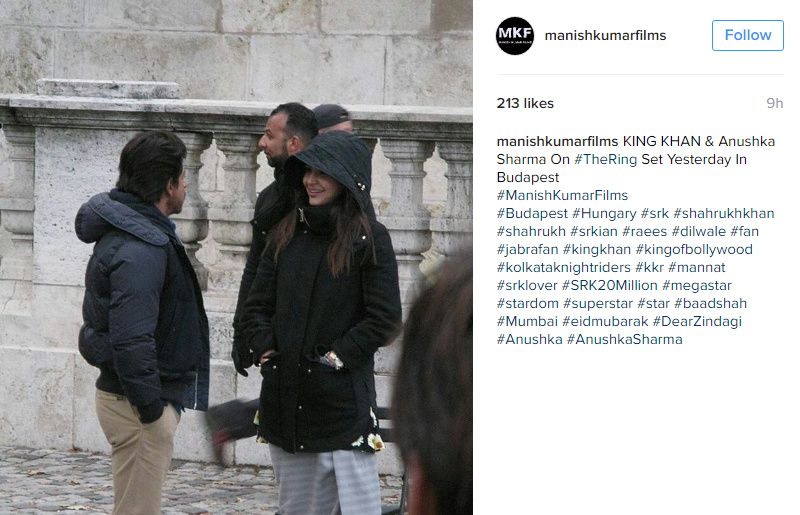 The actor's last release was critically, a major success, though the film failed to rake in the moolah. 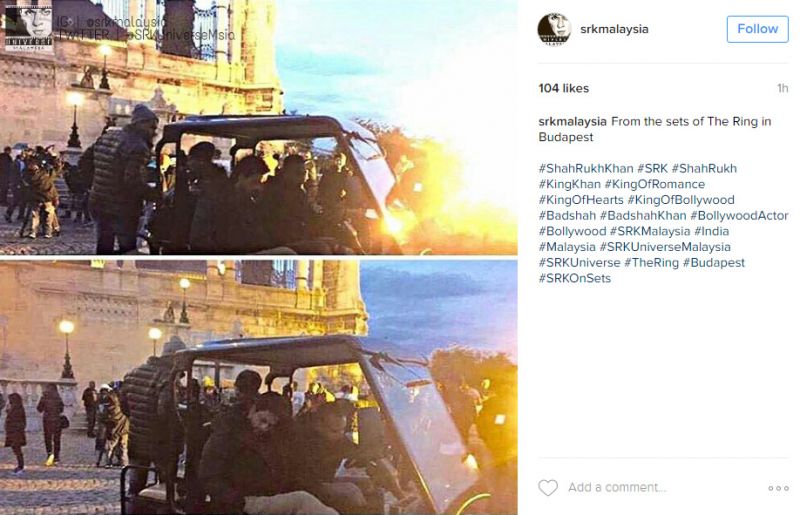 Shah Rukh Khan has been extremely generous with his fans, obliging them with pictures and photographs, across the multiple locales of the film. 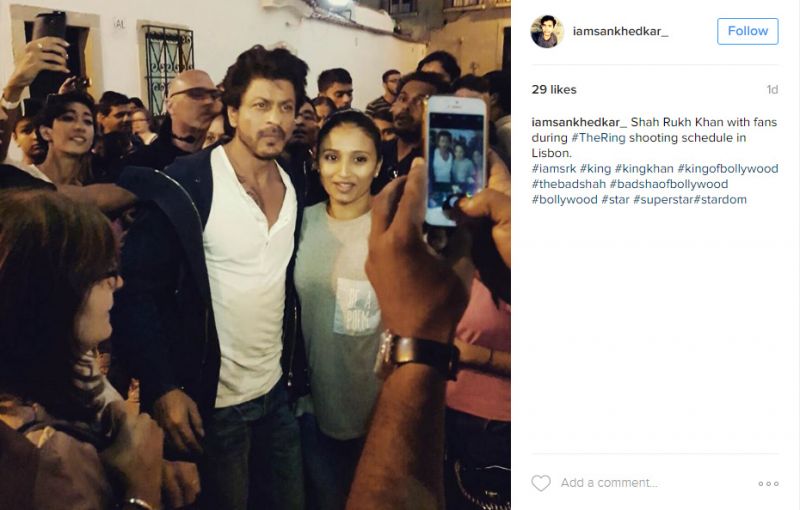 SRK has been sporting a well groomed stubble for the film. 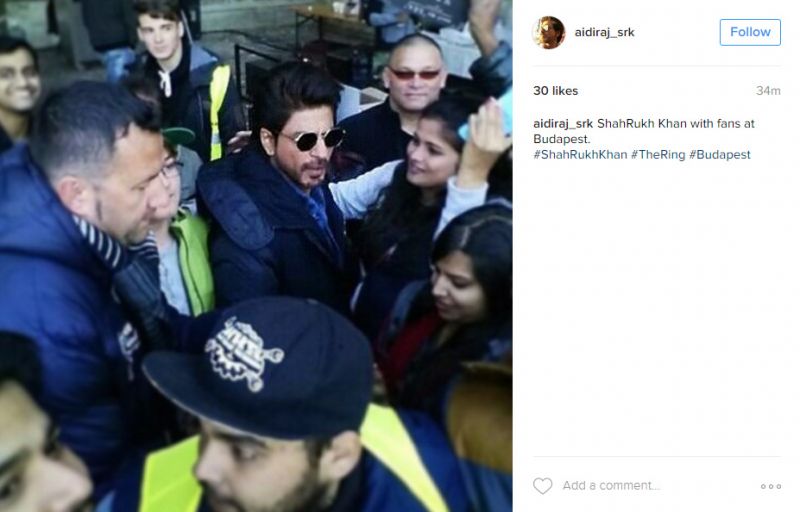 Imtiaz has also parted ways with his regular collaborator AR Rahman, and has decided to work with Pritam. 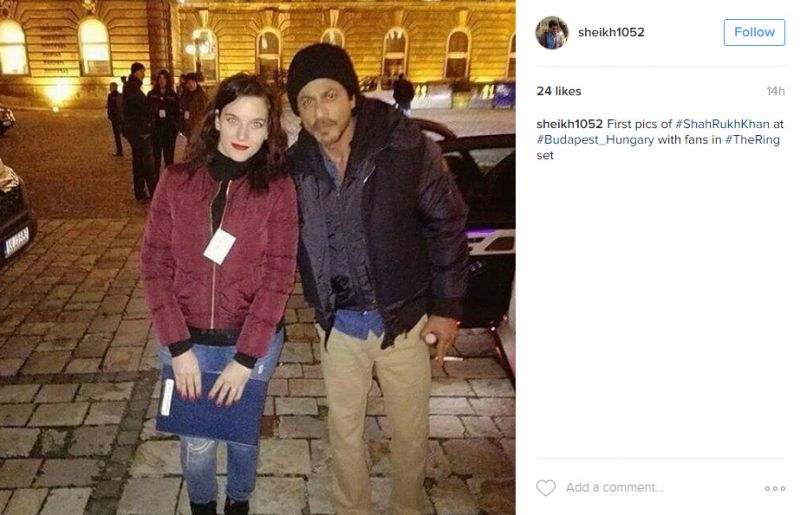 The film, sees SRK and Anushka working with Imtiaz for the very first time, and pairing up together for the third time, after Anushka's debut venture, Rab Ne Bana Di Jodi,' and Yash Chopra's swansong, 'Jab Tak Hai Jaan.'