Karan has hilarious caption for throwback picture with Sonakshi, B-town joins in

DECCAN CHRONICLE / ANI
Published Jul 9, 2018, 12:31 pm IST
Updated Jul 9, 2018, 1:28 pm IST
The producer-director had Junior B to thank for the picture, which made B-Town celebrities react with various emotions.

The picture Karan Johar shared with Sonakshi and Shatrughan Sinha and Subhash Ghai.

In the photo, Karan can be seen receiving an award. Trolling himself, the 'Raazi' producer poked fun at his double chin. The image was clicked by Abhishek Bachchan, as credited by Karan.

"I have to thank @bachchan for sharing this with me! Remember this @aslisona ?? I have won an award but look like I ate the ceremony!!!! #majorthrowback #doublechinalert," read his Instagram post.

I have to thank @bachchan for sharing this with me! Remember this @aslisona ?? I have won an award but look like I ate the ceremony!!!! #majorthrowback #doublechinalert

Sonakshi replied, “How can I forget? It’s the first award I ever gave. This is gold” 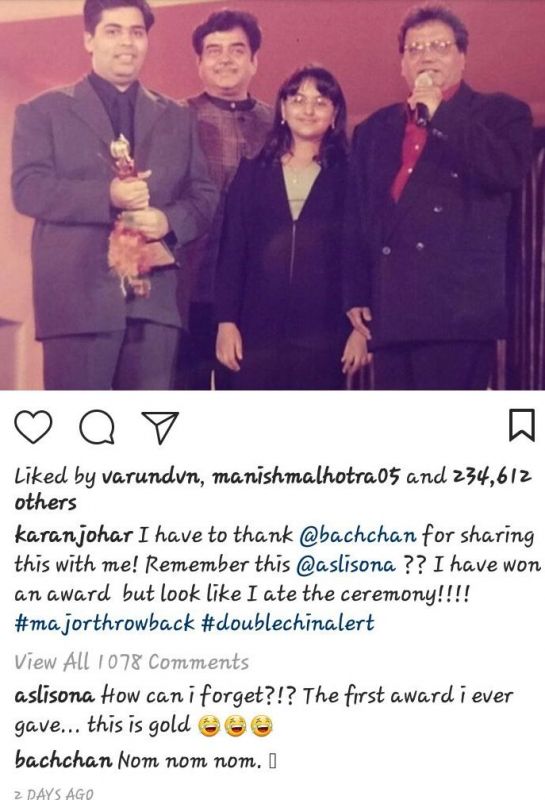 There were many others like Dia Mirza, Zoya Akhtar, Vishal Dadlani, Badshah, Amrita Arora, Ayesha Shroff, who replied with comments like ‘Aww’, ‘Epic’, 'Gold'. 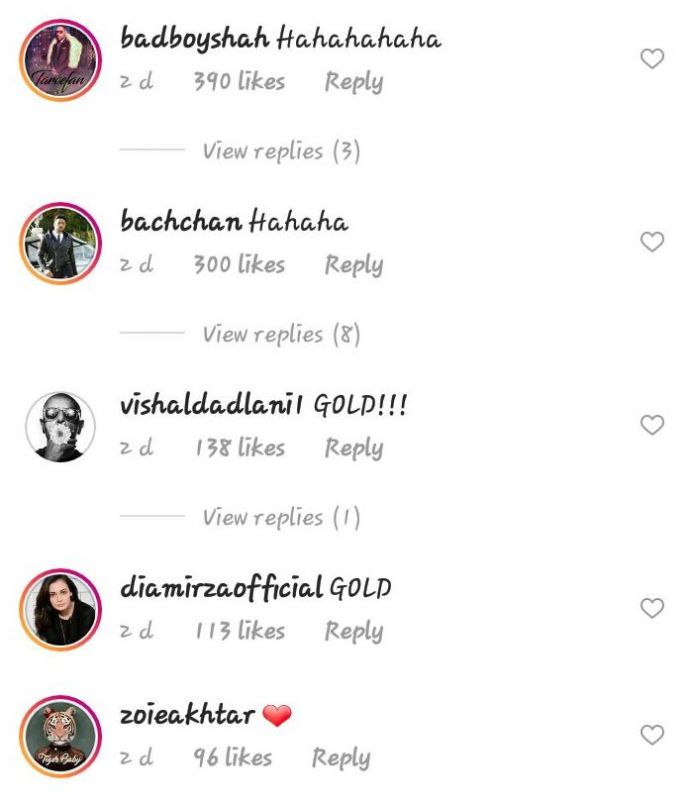 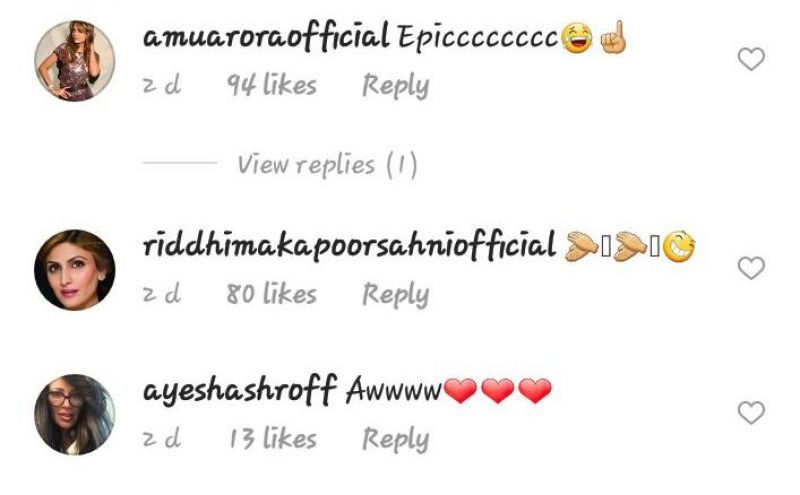 Also read: Those were the days, writes Preity Zinta as she shares throwback pic with SRK, PeeCee